Young UK drivers most likely to be distracted by “attractive pedestrians” 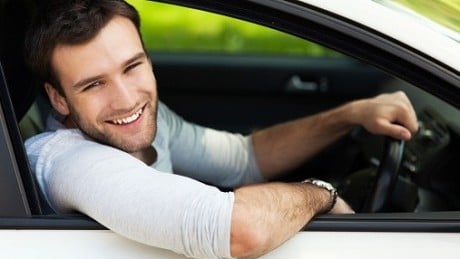 Do you get distracted easily when behind the wheel?

A survey from Ford has researched what distracts young drivers across Europe, and the UK has come top of the list for one type of distraction in particular…attractive pedestrians.

The survey, of 6,500 18 to 24-year-olds in Europe, revealed the other major distractions for drivers, and what each country is guilty of in particular.

Ford completed this study as part of its Driving Skills for Life (DSFL) scheme, which looks to provide advice and training to young drivers to prevent accidents and fatalities in the future. The scheme has trained over 20,000 young drivers since its launch 13 years ago.

Here’s a rundown of some of the key information from the survey:

Jim Graham, manager at DSFL, explained that while the UK results may make you break a smile, there is a serious need for a change of attitude from some young drivers. He said: “Too many young adults are dying in car crashes caused by a combination of inexperience and poor decision-making.

“It is crucial that we find the right way to reach young people with these very important messages.”

A total 93% of the drivers surveyed considered themselves to have good driving skills. However, the other results suggest there are some habits that drivers in the UK need to stop.

The research comes as road safety charity Brake launches its National Road Safety Week and is urging people to sign its Pledge.