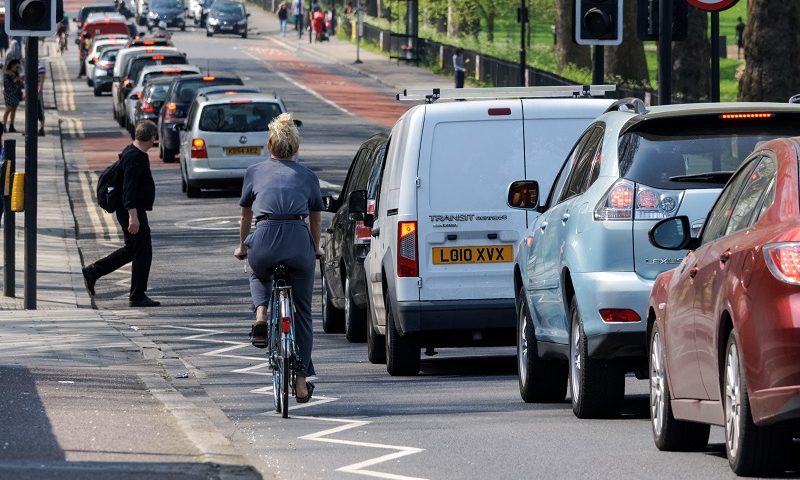 Ready to hit the road in 2022? Hold up. There’s some changes you should know about.

From new Clean Air Zones and updated number plates, to tougher laws around using mobile phones behind the wheel, here’s everything you need to know…

The loophole in mobile phone law which allowed drivers to use their mobile phones to scroll playlists and take pictures behind the wheel will be sealed for good in 2022.

From this year, scrolling on your mobile while in charge of a vehicle will cost you a £200 fine and six points on your licence. This is applied even if you’re stopped at a red light.

Since 28th September 2021, the EU logo on your number plate is no longer valid. Your licence plate should now read “UK”.

When driving abroad, these changes also apply to GB markings on the back of your car, which must be replaced by UK.

The Highway Code has been updated with a new “road user hierarchy”, giving drivers with potential to cause the greatest harm additional responsibilities on the roads.

Unsurprisingly, lorries are at the top of list – meaning HGV drivers now have a legal responsibility to be more considerate of other vehicles on the road – while pedestrians are at the bottom.

The greatest change to all road users is in relation to cyclists. From 2022, cyclists travelling straight ahead at junctions now have priority over drivers turning or changing lanes.

Another amendment to the Highway Code gives pedestrians further right of way in areas of standstill or slow-moving traffic.

According to new rules, drivers must allow pedestrians to walk out in front of them to cross the road. The same goes for cyclists trying to cut across traffic.

Cyclists must also give way to pedestrians crossing cycle lanes.

Flashing your lights to other road users is a common form of communication, with drivers using their lights to say “please”, “thank you”, or even to warn about hazards up ahead. But not anymore…

This joins rules banning using your horn as an expression of anger or frustration against other drivers.

Rules concerning electric car charging cables have been introduced for the first time, outlining how EV drivers can help keep the pavements safe for pedestrians.

Rule 239 of the Highway Code states, “every care should be taken when charging vehicles to minimise any danger”.

What that means is, don’t leave them dangling in the street where they could injure pedestrians.

Drivers who passed their test after 1st January 1997 are now allowed to tow a trailer without taking a specialist test first.

The rule change, which came into effect on 6th December 2021, means drivers can tow trailers weighing up to 3,500kg without extra training or supervision.

New smart motorways are set to be installed up and down the country, starting with the M27 between Portsmouth and Southampton which will open early this year.

Lanes marked with an “X” on a smart motorway are not to be used – indicating an accident, urgent stoppage or enforced traffic control along a stretch of road.

If you are caught driving in a closed lane, you’ll face a £100 fine and three points on your licence.

London’s Clean Air zone, also known as the Ultra-Low Emission Zone (ULEZ) charges drivers of polluting vehicles up to £12.50 a day on top of congestion charges. On 25th October 2021 this area was extended out to the North and South Circular ring roads.

Next year, even more Clean Air Zones will come into play, including the Manchester Clean Air Zone, which will start on 30th May 2022.

Use the free ULEZ checker online to see if the charges apply to your car.

From 1st January 2022, all new cars sold in the UK must be fitted with ISA chips, helping improve safety on the roads.

ISA chips use traffic-sign recognition cameras and GPS data to determine the speed limit on the road. They then automatically limit the engine power to keep drivers within the legal speed limit.

Keep up with all the latest motoring news, advice and driving tips on the 1ST CENTRAL Hub.