Lights! Motor! Action! The most expensive movie cars to insure 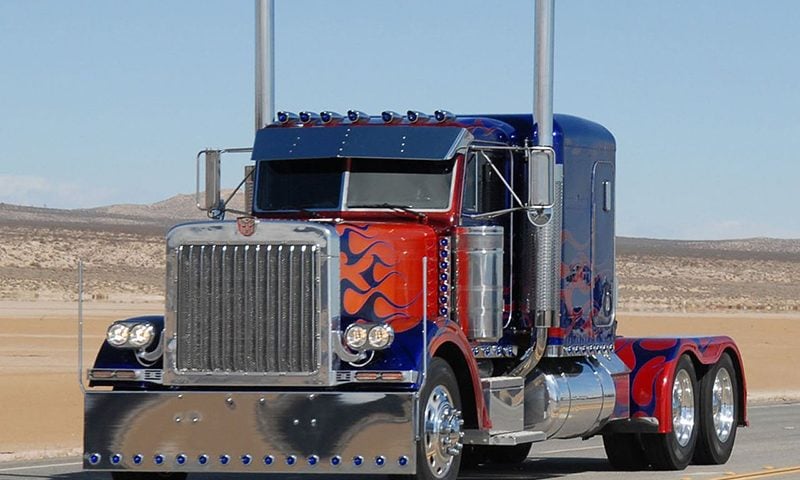 With the new Transformers film, The Last Knight, now out in cinemas across the world, we’ve had our insurance wizards conjure up the price of insuring not just Optimus Prime, but some other legendary vehicles from the silver screen too. The list reveals the Transformer’s Autobot leader comes in as the most expensive cinema car to insure followed by Bruce Wayne’s Batmobile, and the Hell Cycle from Ghost Rider.

The experts looked at how much it would cost to insure famous movie motors based on typical criteria assessed when applying for car insurance. These included age and profession of the owner as well as taking into account some more unusual characteristics of the car, including weaponry, alien origin, self-destruct functions, armour and time travel capabilities.

The most expensive cars to insure from the silver screen

Optimus Prime tops the list as most expensive to insure. Under normal use, the leader of the Transformers (based on a Peterbilt 379) would command a much lower premium than his friend Bumblebee, however, a history of collisions, containing a weapon, as well as being an alien all count against Optimus on the proposal form leading to a £1million quote. Not to mention since he left Earth to fly out to Space in the last movie, he’s got no permanent address.

On the other hand, as a standard Chevrolet Camaro, the Transformer Bumblebee is a relatively good risk to insurers. Despite the Camaro now being available in the UK, Bumblebee is technically imported from Cybertron, but if the import status were overlooked it might be quoted in the region of £10,000.

The Batmobile is the second most expensive motor at £750,000. But if Bruce Wayne were English he may be able to pinch some pennies and reduce his premium through self-insurance, saving £250,000 by paying half a million pounds directly to the UK Treasury.

The original Ghostbusters Ecto-1 comes in at £50,000, having been heavily modified. Permission to carry the various volatile and unpredictable ghost-busting equipment would also need to be obtained in writing, attracting a hefty premium. Being a 1959 Cadillac Miller-Meteor, this is now officially an antique, which combined with the great difficulty in finding parts for it, results in a higher premium, assuming the car passes its MOT, after all the work Ray needed to do to it when he bought it.

Professor Brown from Back to the Future is a mature man with a classic car, so is likely to cherish his vehicle and would normally have a low pay out. However, his unconventional DeLorean fuel system which utilises household rubbish has raised some eyebrows with the underwriters. Marty and the Professor will also find their time travel causing frequent issues with their annual insurance policy dates, resulting in a lot of cover required, they would have real problems trying to buy backdated cover. Based on this and the fact that the DeLorean has to reach speeds of 88mph in order to time travel, Professor Brown is looking at an insurance rate of £60,000 a year.

Despite the considerable damage his high-speed car chases may have caused the taxpayer, James Bond’s Aston Martin DB5 is exempt from the list; as an Employee of the Crown James does not require insurance as the government takes the place of the insurer.

Commenting on the findings, Andy James, UK CEO, at 1ST CENTRAL said: “A lot of factors are taken into consideration when deciding the appropriate price for an insurance risk, and with the Autobots consistently in the thick of the action, we would expect the insurance risk to be fairly high.

“Finding the price of insurance risk for famous movie cars is actually a great training exercise for our staff to consider all the implications of insuring such mechanical movie stars. I would, however, like to make it clear that these prices are not guaranteed.”