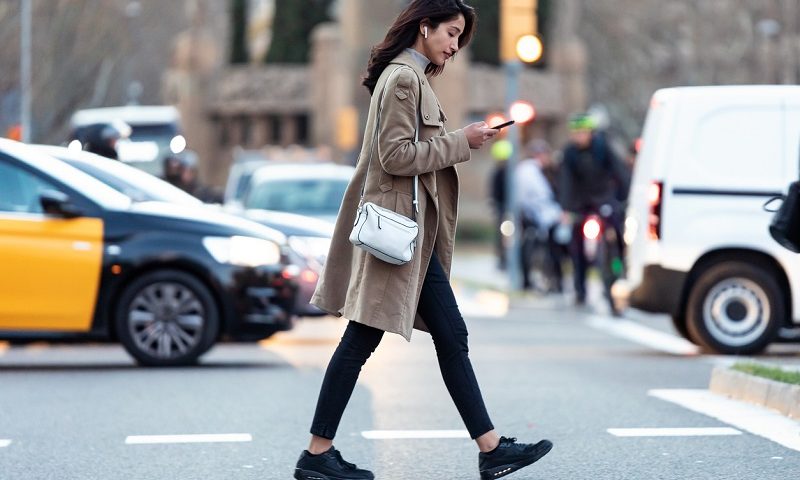 Ever had to act quickly to avoid a distracted pedestrian while in the driver’s seat?

Worryingly, almost a third of Brits have confessed to using their phones when crossing the road, forcing many drivers to take action to avoid them.

Fiat carried out a UK-wide survey of 2,000 drivers. They found almost a quarter had been forced to honk their horn (24%), with a similar proportion having braked heavily (23%) to avoid people walking absent-mindedly across the road while glued to their mobiles.

Some 16% also said they had been forced to swerve to avoid a pedestrian distracted by their device.

Unsurprisingly, the research found that distracted phone user incidents were all higher in the capital than the rest of the nation. More than a third of Londoners had to beep at a pedestrian (36%) and brake heavily (37%) to avoid hitting someone on their phone.

While almost a third of Brits admitted to using their phone when crossing the road in the past 12 months, that figure rises to 80% for 18-24-year olds.

For some motorists, autonomous technology is seen as a useful solution to this problem, with 33% saying they would prefer a car with fitted with it – a figure that rises to 48% of Londoners.

Greg Taylor, managing director of Fiat UK, said: “It’s worrying to see such a high number of pedestrians being overly distracted by their phones and putting themselves at risk.”

The research also reveals exactly what Brits are up to on their phones when out and about. Texting (35%), WhatsApp (33%), using the internet (32%), making a phone call (28%), Facebook (24%), taking pictures (22%), watching streaming services like Netflix or BBC iPlayer (13%) and taking selfies (12%) are some of the most common distractions.

Pedestrians also shared their mishaps due to phone distraction, with tripping over and nearly walking into a lamppost (17%) the most common, followed by bumping into another person (16%).

Its’s not just pedestrians threatening road safety with phone use, which is why the government is strengthening laws on using mobile phones while driving. Motorists are soon to be hit with £200 fines and six points on their licence if they use their phone under virtually any circumstance while on the road.

It’s already illegal for motorists to text or make phone calls (other than in an emergency), but new laws expected to be enforced next year will ban taking photos or videos, scrolling through playlists and playing games too. The new rules – being brought in to make it easier for police to enforce safety rules – will make clear that hand-held phone use at traffic lights or in traffic jams is also illegal.

To help make sure the roads are a safe place for everyone, read our useful guide on protecting pedestrians and cyclists.