Who you gonna insure? Ghostbusters! 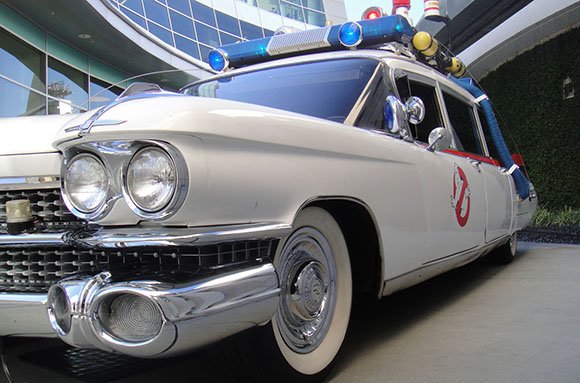 With the remake of one of the most iconic movies ever – Ghostbusters – hitting our cinema screens, our experts here at 1ST CENTRAL have put a price on owning not just the new Ecto-1, but some other legendary vehicles from the silver screen too.

The list reveals the new Ecto-1 is actually £20,000 cheaper to insure than the original. However, the Transformer’s Autobot leader comes in as the most expensive cinema car to insure, followed by Bruce Wayne’s Batmobile and the Hell Cycle from Ghost Rider.

Our experts looked at how much it would cost to insure famous movie motors based on typical criteria assessed when applying for car insurance. These included age and profession of the owner as well as taking into account some more unusual characteristics of the car, including ghost weaponry, alien origin, self-destruct functions, armour and of course, time travel capabilities.

The new Ghostbusters Ecto-1 comes in at £30,000 a year to insure, £20,000 cheaper than the original at £50,000. Both cars have been heavily modified and permission to carry the various volatile and unpredictable ghost-busting equipment would need to be obtained in writing, attracting a hefty premium.

But with the original Ecto-1 being a 1959 Cadillac Miller-Meteor, this is now officially an antique. The greater difficulty finding parts for this model, as opposed to the 80s Cadillac Hearse Wagon seen in the newly released Ghostbusters film, results in a higher premium, assuming the car passes its MOT, after all the work Ray needed to do to it when he bought it.

Optimus Prime tops the list as the most expensive vehicle to insure. Under normal use the leader of the Transformers (based on a Peterbilt 379) would command a much lower premium than his friend Bumblebee. However, a history of collisions, containing a weapon, as well as being an alien (so not having a fixed address) all count against Optimus on the proposal form, leading to a £1million quote.

The costs to insure the famous movie motors examined are: