Millions of drivers have fallen asleep at wheel, spreading risk of ‘carnage’ 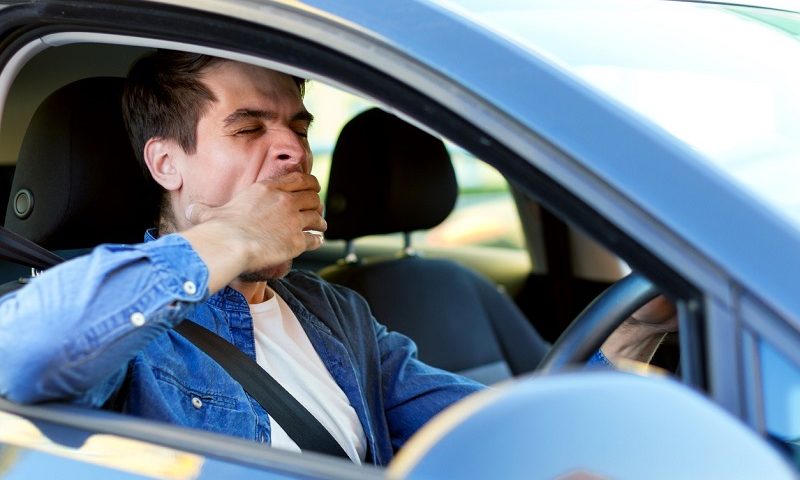 We’ve probably all felt a touch sluggish while behind the wheel at some point. But have you ever closed your eyes for an uncomfortable few seconds?

With new research pointing to a potential four million UK drivers falling into this category, it might be wise to rethink hopping in the driver’s seat next time you’re not feeling 100%.

Fatigue at the wheel

One in 10 motorists have momentarily closed their eyes while driving because of tiredness, IAM RoadSmart’s survey of 1,000 drivers reveals.

And more than half admit they’re very concerned about fatigue when driving long distances. When applied to more than 40 million licence holders in the UK, this works out as more than 20 million drivers.

Somewhat more promisingly, a quarter of drivers said they always pull over for a coffee or rest when they feel too tired.

Neil Greig, IAM RoadSmart Director of Policy and Research, said: “Fatigue behind the wheel is a very serious problem, perhaps more concerning than previously thought of.

“It is shocking to think a potential four million drivers have closed their eyes behind the wheel because they were so tired, even if it was just for a short time. The potential carnage that could result from even one accident doesn’t bear thinking about.”

A tenth of respondents admit they’ve drifted onto the rumble strip of a road – a measure created for that very reason – while a further 40% turn down the heating or open windows to stave off tiredness.

Falling asleep at the wheel could be classed as dangerous driving, according to the RAC. If found guilty, you face an unlimited fine, a driving ban, or even prison.

Neil Greig added: “Driving a long distance needs pre-planning to ensure there are plenty of available rest places and to make sure there’s enough time to complete the journey if delays are encountered.

“Never drive for longer than two hours without a break and take particular care if driving when you would normally be asleep. This is even more important as the country reopens after the pandemic and not all facilities may be available yet.

“Drivers can then concentrate on staying alert behind the wheel rather than starving off tiredness by trying to reach their end destination without adequate rest breaks.”

To make sure you stay alert behind the wheel, use our top tips to prevent driving tired.