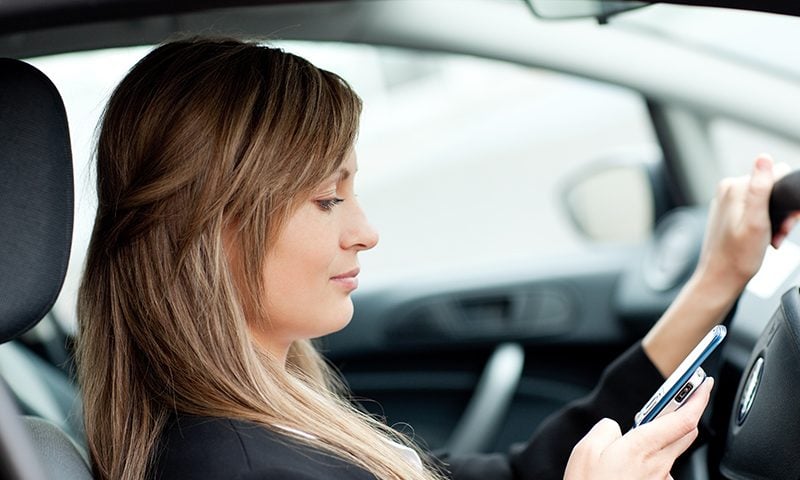 Morning gridlock and limited parking spaces are both valid reasons why the rat race is nobody’s favourite pastime. But new research unearths some more specific motoring habits that really sticks in people’s craw as they embark on the dreaded daily commute…

‘Put the phone down’

According to the survey by leasing company OSV, the most annoying of all these bad behaviours is using a mobile phone while behind the wheel.
More than a quarter of drivers (27.8%) say this is their biggest pet peeve when it comes to commuter habits.

With the number of phone-related accidents rising 10% since 2016, and every year since 2009, it’s no wonder mobile phone use while driving is markedly the most frustrating element of driving to work for many motorists.

A test of patience

Indication is the second most annoying habit, with 14.7% of people saying drivers who forget to signal cause them more frustration than any other motorists.

With everyone in a rush to get to the office, it’s no wonder slow drivers have come in third, they’re pretty irritating. Around 13% of commuters who drive to work say motorists going below the speed limit are their greatest annoyance.

“After spending so much time and money on commuting, it’s not a surprise that certain habits and behaviours can test people’s patience”, says Debbie Kirkley, OSV’s Co-Founder.

“But, next time you feel frustrated with your fellow commuters, just remember that it’s likely that every other commuter feels the same way as you do.”

Unsurprisingly, slow-moving tractors and buses are also on the list of commuter pet peeves took spots four and five.

Hogging the middle lane, breaking harshly and following other drivers too closely are some of the other annoying habits that commuters say ruin their morning drive to work.

Well if all that thinking about annoying drivers on your morning commute has got you all riled up why not take a peek at our Top five most ridiculous driving fails.