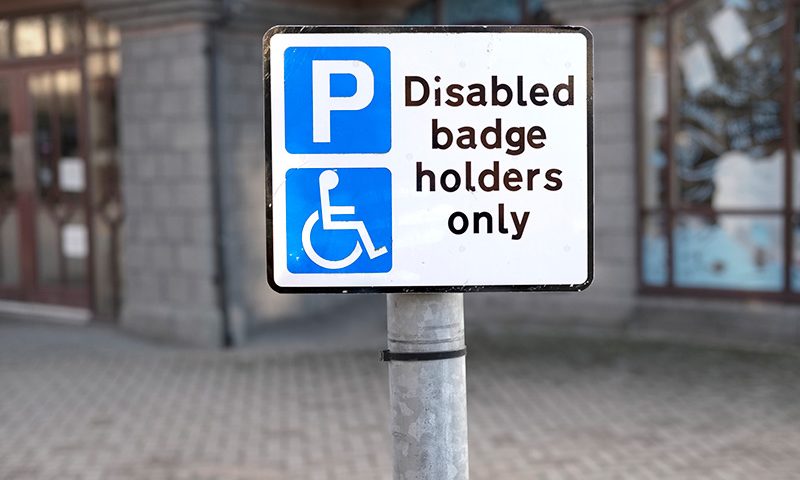 Blue badge imposters face a clampdown in the wake of a national epidemic of disabled permit misuse.

The number of drivers caught misusing disability parking permits has risen by nearly a fifth (18%) in the past year.

The Department for Transport revealed that there were 1,432 Blue Badge prosecutions in England in the year ending March 31.

Nearly all cases involved someone using another person’s badge.

Only 66% of England’s local authorities claim they have a policy for prosecuting Blue Badge misuse.

“However, it’s shocking that only two-thirds of councils have a policy to prosecute those who abuse the system by using another person’s badge.

“Councils without a policy must get their act together for the sake of the millions of Blue Badge holders who genuinely need them.

“Drivers must also show some more humanity and stop abusing the system.”

She added: “Abusers need to realise that every time they illegally use a Blue Badge, they risk depriving someone who genuinely needs it.”

Around 2.3 million disabled people in England have a Blue Badge.

In many locations across the country, Blue Badge holders can park free of charge in pay-and-display bays for up to three hours.

In London, the badges exempt holders from paying the Congestion Charge

Changes to the scheme in August extended the permit to those with hidden disabilities.

The biggest change to criteria since 1970 makes it easier for people with anxiety disorders and brain injuries to travel.

For more of the latest driving news visit the 1st Central hub.