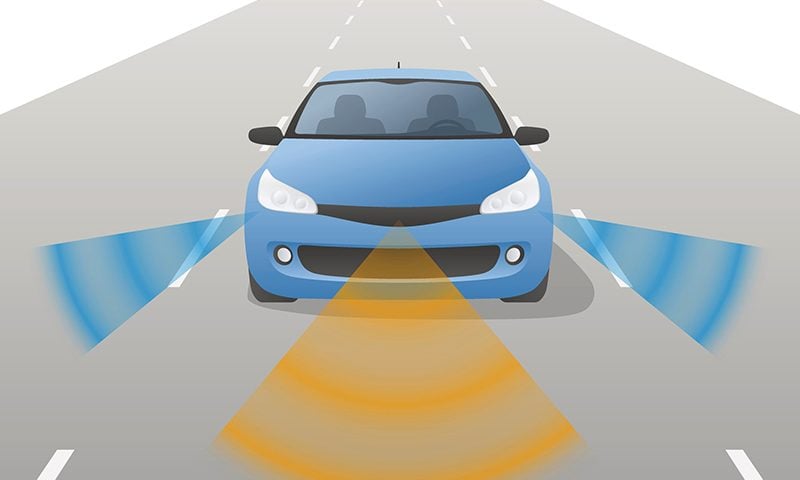 After tracking the car across the city of Arlington, Virginia and eventually chasing it down to a red light, Adam Tuss, a reporter for NBC Washington found something quite extraordinary.

The “driverless” vehicle was not in fact driving autonomously, but was being controlled by a person dressed in a car seat costume – perhaps the greatest costume of all time!

And the winner for best costume, is… 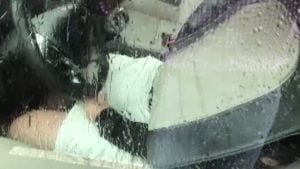 A car seat is not the most typical fancy dress outfit you can imagine, but it certainly worked in hoaxing the public, press and bloggers of the east coast state.

The driver can be seen leaning far back into his own seat and holding the steering wheel from a low position.

Tuss asked him: “Brother, who are you? What are you doing? I’m with the news, dude.”

The mystery driver is then reported to have gone through the red light and sped off.

Just a week before the sighting, the state of Virginia authorised the testing of self-driving vehicles.

Although the tests are initially only authorised on closed lanes of two highways in the state, it isn’t surprising that locals would assume the driverless motor they were spotting formed part of the research.

According to Virginia Tech University’s transportation institute, the ‘hoax’ is actually part of a research project into autonomous vehicles.

“The driver’s seating area is configured to make the driver less visible within the vehicle, while still allowing him or her the ability to safely monitor and respond to surroundings,” a university spokeswoman told NBC Washington.

The Arlington Police Department told the station they’re “shocked” by news of the van, and Virginia’s Department of Transportation was not aware of the vehicle.

Find out how UK drivers feel about driverless cars.