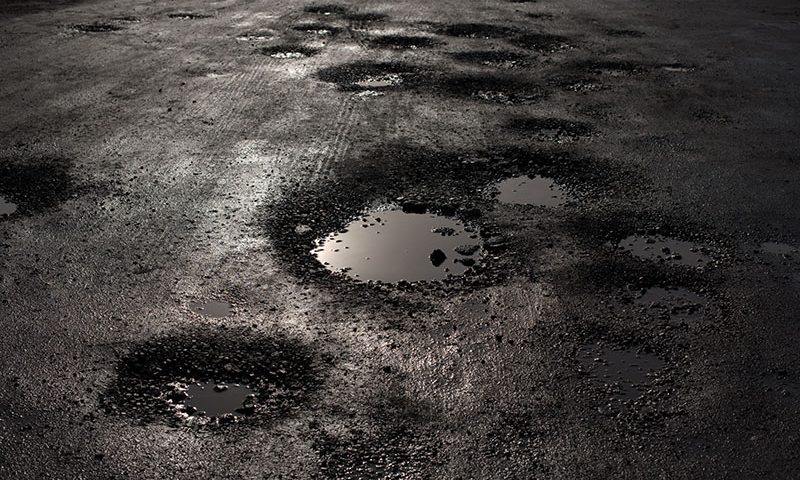 If you’ve been out on the roads today, there’s every chance you came across the odd pothole or two. Or three. Or four!

In fact, experts predict there are now over two million potholes on the UK’s roads, causing damage to cars and other vehicles, and posing a dangerous hazard for cyclists.

More durable road surface
Traditionally, roads are constructed using an asphalt-concrete mix, but this makes them susceptible to damage caused by harsh winter weather and other wear and tear.

Fear, from Bristol, says the answer to this problem could be melting down waste plastic into beads and adding them to this mixture, to form a tougher binding agent and more durable road surface.

Plastic roads are already being constructed around the world and are said to cost 20% less to build and last up to three times as long.

And with plastic pollution a growing environmental concern worldwide, Fear believes the UK could improve its road network while reducing the waste plastic produced.

Conundrum
Fear, a land and planning expert, believes plastic roads are the answer to the problem of how to dispose of post-consumer plastics.

Writing in the Bristol Post, he said: “Anyone watching David Attenborough presenting Blue Planet will know how important it is that we find proper uses for post-consumer plastic waste.

“Using the material to construct long-lasting roads is almost certainly one answer to this conundrum and one which should be enthusiastically pursued in my opinion.

“While there are no current examples of roads made purely of plastic there are many examples of plastic waste being added to the mix to create a more durable and longer-lasting road surface.

“I’m absolutely certain that even more people would recycle plastic if they knew it was being used for a useful purpose such as road building.”