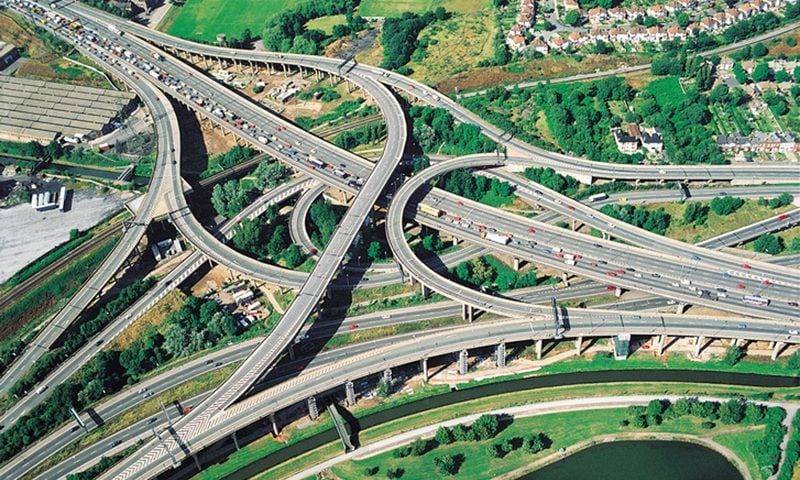 The most dangerous roads in Britain have been revealed in a survey, with some surprising results.

The M6 and the A8(M) are the most dangerous stretches of road, according to the research undertaken by UK Carline.

These two roads are the longest and shortest motorways in the UK and yet both saw the same amount of crashes in 2017 – with 227 serious accidents occurring on each.

The M6 stretches 232 miles from Leicestershire to the Scottish borders and is one of the most important routes on the UK road network.

The A8(M) on the other hand, is the shortest motorway in the UK, measuring just 280 metres as it connects the A8 with the M8 in the eastern outskirts of Glasgow.

Despite the differences in length, both roads recorded around five accidents a week, more than any other road in Britain.

The surprisingly high figure for the A8(M) will likely cause concerns for police and road safety chiefs.

The next most dangerous roads in Britain last year were found to be the A30 in Devon, with 213 accidents, and the A35 in Dorset, which saw 173 accidents.

The research also revealed which area of Britain had the most dangerous roads when it came to car accidents last year.

Scotland on the whole saw the highest number of incidents among the 27 police forces which responded to the FOI request with a total of 6,253 crashes being recorded by Police Scotland.

The region with the least amount of accidents last year was Norfolk, where roads saw 669 crashes throughout the year.

The figures were revealed after a series of Freedom of Information requests were made to 39 UK police forces.

Jonathan Nolan, General Manager at UK Carline, hoped the research would help make these roads safer in the future.

He said: “Our research certainly produced some eye-opening statistics regarding the safety of UK roads. Although the government and councils regularly enforce new driving laws and take steps to help people drive safely, we must take more care whilst driving and ensure our vehicles have adequate safety features.

“We hope our research has brought to light the dangers of driving on these particular roads and encourage people to be more aware of their surroundings to protect their safety.”

Now you know the most dangerous roads in Britain, why not take a look at the worst roads in England?