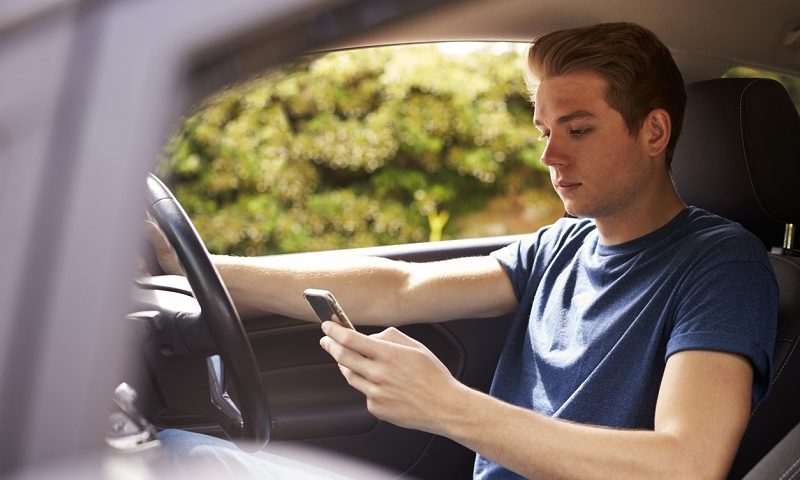 Stop scrolling… The law on using a mobile phone while driving is about to get a whole lot tougher.

The Department for Transport has announced that a ban on touching a phone screen behind the wheel is set to come into effect from 25th March.

If you’re caught breaking the new rules, you could face a £200 fine and six penalty points on your licence.

Although it’s already illegal to text or make phone calls from a handheld device while driving, a loophole in the law has allowed drivers to still use their phone to take photos and scroll playlists, among other things.

The new rules will ban drivers from handling their phones or other digital devices to take pictures, record videos or play games. It also forbids scrolling through music playlists, checking the time on your phone or viewing notifications. You could even be prosecuted if you’re caught unlocking the phone or illuminating the screen.

Importantly, the strict new rules will also apply if you’re stopped at a red light or stuck in traffic.

The only exceptions are if you need to call the emergency services or you’re using contactless payments for toll roads or drive-through restaurants.

You will still be able to use your phone as a sat-nav, but only if it’s secured in a holder. Hands-free calls are also still allowed.

The AA’s president Edmund King welcomed the update, calling it a “much-needed” move to make the UK’s roads safer.

He said: “Mobile phones offer many distractions and this sends a clear message that picking them up to use them will not be tolerated. The law will also become tougher as the use of smart watches, tablets and laptops behind the wheel will apply.

“Drivers will be extremely limited on when they can pick up their phone, mainly to call the emergency services when there was no opportunity to safely pull over, and to make contactless payments at drive-thrus. Being sat in a traffic jam or waiting at the lights is not an excuse, we want people to keep their hands on the wheel and their eyes on the road.”

Brush up on other new driving laws you need to know in 2022.