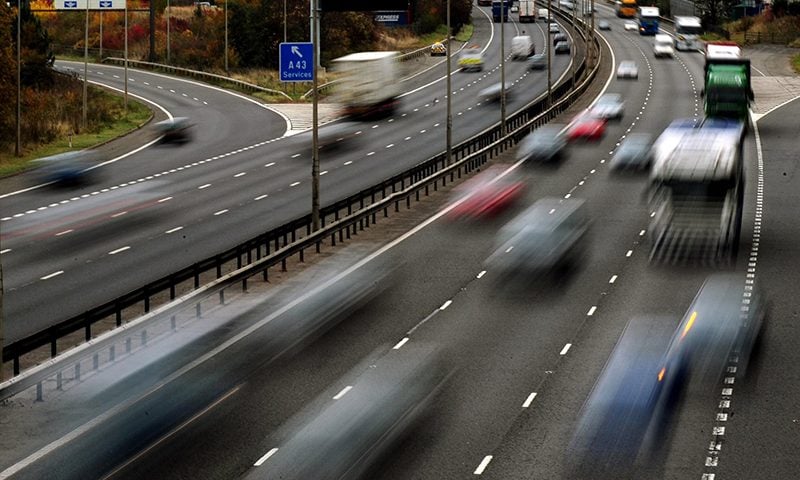 Throughout 2019, the UK has welcomed a raft of new safety-driven driving laws. To help you understand what’s changed, here’s our quick guide of the new laws being brought in over the course of the year.

The Highway Code already states that drivers have to leave a reasonable distance of 1.5 metres between their car and cyclists on the road. But from March 2019, police officers will issue a fine of up to £100 and three penalty points to drivers who put cyclists at risk.

In 2017, 18,321 cyclists were injured on the roads, and road safety campaigners hope the new rules will reduce the number of ‘close passes’.

Before this government law, only motorists that had passed their driving test were allowed to drive on the motorway. Under new legislation, learner drivers may now experience motorway driving as long as they’re supervised by an instructor, in a car with dual controls.

The law was passed to give new motorists more confidence when driving at higher speeds. According to an RAC road safety spokesman, the move will give “learners the option to gain valuable experience on our fastest and busiest roads [and] should further improve safety and enhance the confidence of new drivers.”

Smart motorways are becoming increasingly common in the UK. They’re designed to manage the flow of traffic on heavily congested or partially closed highways. However, they only work when drivers obey the red ‘X’ signs on lanes that have been closed. Drivers that don’t follow the signs could be fined up to £100 as a penalty for using lanes they shouldn’t.

Though the government hasn’t officially announced the fines or what the penalty-points punishment will be, they’re expected to do so later this year. The penalty is predicted to be three points and a fine, with roadside cameras used to spot drivers violating the rules. That means if you try and use a closed lane, whether accidentally or on purpose, you’ll be caught pretty quickly.

2019 has seen new defect categories introduced to vehicle MOTs, which drivers need to be aware of. Defects will be listed under the categories of:

New checks will also be introduced as part of the MOT. These include checks for:

Changes are also being considered for when vehicles need their first MOT. The current ‘three-years old’ rule may be changed to four years. After the first test, an MOT check is required every 12 months, so keep yourself on the right side of the law by making sure you don’t forget to book your car in when it’s due. If you’re not sure when your MOT is due, you can check using this handy online tool.

In 2018, the government announced it will launch a pilot scheme for graduated driving licences in Northern Ireland. The scheme will put restrictions on newly-qualified motorists in a bid to keep young drivers safer on the roads, as government stats suggest one in four drivers are involved in an accident within their first two years of being behind the wheel.

Currently, there are no such restrictions on new drivers, although if they rack up six penalty points in the first two years of driving, they’ll have their licence revoked.

The new licences could include curfews for driving times, a limit on the number of passengers, restrictions on engine size and lower drink-drive limits.

If the Northern Irish pilot is successful, graduated driving licences could soon be rolled out across the rest of the UK.

In an effort to tackle climate change, Ultra Low Emission Zones (ULEZ) has been introduced in London, with the aim of cutting harmful emissions and improving air quality in the capital.

Replacing the old T-charge scheme, owners of vehicles that fail to meet ULEZ emission standards could now face charges for driving in the city centre.

For most vehicles – including cars, motorcycles and vans – the daily emissions charge will be £12.50. For heavier vehicles – like lorries – the charge will rise to £100 a day.

In April this year, Vehicle Excise Duty (VED) rose to keep pace with inflation, according to the Retail Prices Index. Increased charges will apply to all cars, with most drivers paying a surplus of £5 a year in car tax.

Existing owners of high emission cars could have to pay an additional £15 on top of that, while diesel car owners whose vehicles fail to meet RDE2 (Real Driving Emissions Step 2) emission standards will continue to pay higher tax rates. New car buyers could also face an extra £65 on their first year’s car tax.

New charges will officially come into effect in 2020.

Intelligent Speed Assist will become a mandatory safety feature in new cars from 2022, under the EU’s revised General Safety Regulation.

The speed recognition technology will be used to advise drivers of the current speed limit, increasing road safety and minimising collisions.

When the UK leaves the EU, many motorists will need to get new licences. Back in January, the Government released new guidance around the impact of Brexit, stating that the current UK driving licences would become invalid for driving in the EU if the UK leaves without a deal.

UK motorists looking to drive in Europe will need to purchase an international permit. These will be available from the Post Office or driving agencies like the RAC and the AA, and cost £5.50.

Motor insurance Green Cards will also be required for driving in the EU and European Economic Areas (EEA).

So, there you have it…all your new driving laws that have or will be coming into play during 2019. For more information on driving laws, head to our Rules of the Road hub.