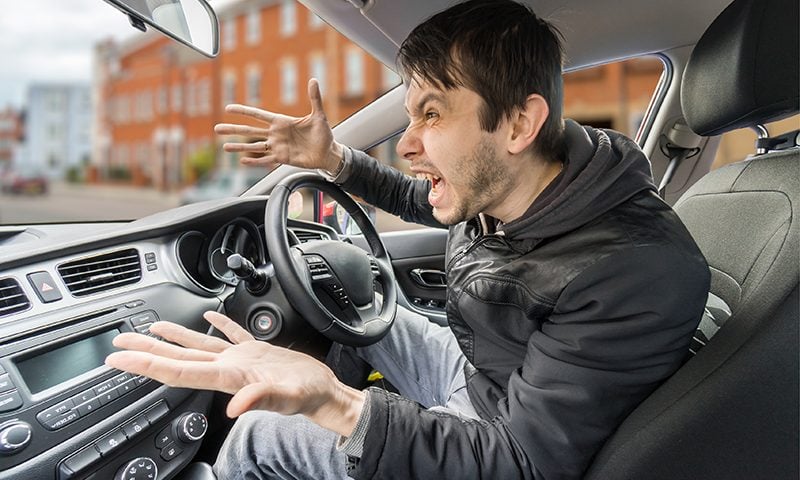 Do you suffer with road rage?

New research by Nextbase suggests more than two-fifths (43%) of UK drivers have been the victims of aggressive behaviour on the roads.

And it appears it’s worse for women, too, with almost half (49%) having been on the receiving end of road rage, compared to 37% of men.

The emotional impact of road rage

The survey of over 2,000 motorists also found that female drivers are typically more affected by road rage, with 80% claiming an incident stayed with them for hours compared to 63% of men.

31% of women also admit to still feeling the effects of an aggressive incident days afterwards, highlighting just how much of an impact road rage can have.

If you’re caught acting aggressively in any way behind the wheel by the police, you could be hit with an on-the-spot fine of £100 and three penalty points on your licence.

And if the police deem your behaviour to be more serious, your case could end up in court, where you could face a £2,500 fine and driving ban.

Richard Gladman, Head of Driving and Riding Standards at IAM Roadsmart, says drivers should take a look at their own behaviour behind the wheel as a first port of call.

He said: “Road rage doesn’t affect everyone every day. If you’re finding it’s happening very often, you might want to think about how you engage with other road users.

“Unlike pedestrians walking towards each other; who can easily get a feel of what the other person will do, where they might go or the mood they’re in, you have no such opportunities cocooned in your car.”

He added: “No-one need experience road rage, but it’s up to each of us to ensure it stays that way. So, it’s important not to be antagonistic or obstructive, perhaps making a person already having a bad day boil over.”