Over 200 drivers a day caught on phone 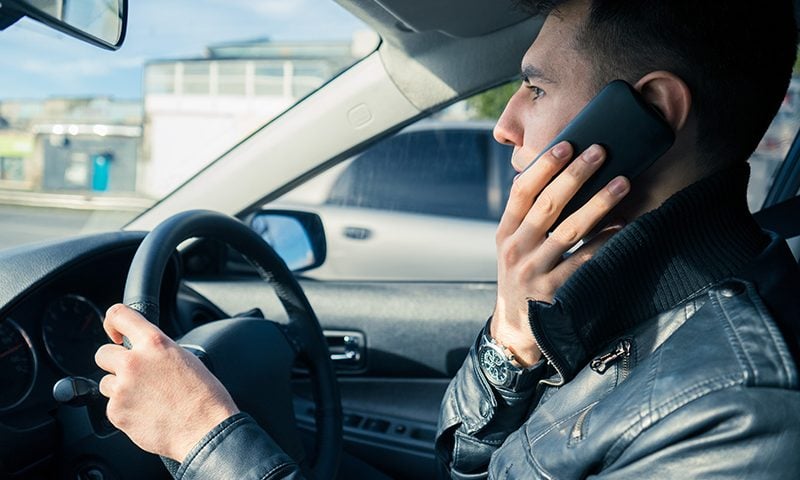 Many of you will know that back in March, the penalties handed down to drivers caught using their phone behind the wheel changed. In fact, they doubled, meaning if you’re caught driving and using your mobile, you’ll get a £200 fine and six points on your licence.

These changes were introduced, unsurprisingly, to try and stop drivers using their phones while they drive, as distractions cause accidents, serious injuries and deaths.

200 drivers paying £200 a day
In the four weeks following the penalty change, close to 6,000 motorists were handed the new penalties. This is the same as over 200 every single day.

And as the figures didn’t include every police force across the country, the actual total is likely to be even higher.

This number is naturally worrying. It either means that drivers weren’t aware of the penalty changes, or that they simply don’t care about them, which they really, really should.

New drivers, in particular, should care about the changes, as six points in six months means they’ll lose their licence… and no call, text or weird app notification is worth that.

From online banking to bright pink mobiles…
The information provided didn’t just cover the figures, it also had some examples of what drivers were doing when they were caught.

We don’t want to call these ‘highlights’, so here are some of the lowlights:

Many organisations and charities have spoken out about the figures, saying more needs to be done to cut phone use behind the wheel.

Not only does using your phone behind the wheel carry the risk of a fine and points on your licence, it’s a safety risk for you and for other drivers on the road. And nothing is worth that risk.

Are you a road safety genius? Try ‘Road Rule-ette’ and find out.