Catch me if you can: Motorists flout phone laws amid police cuts 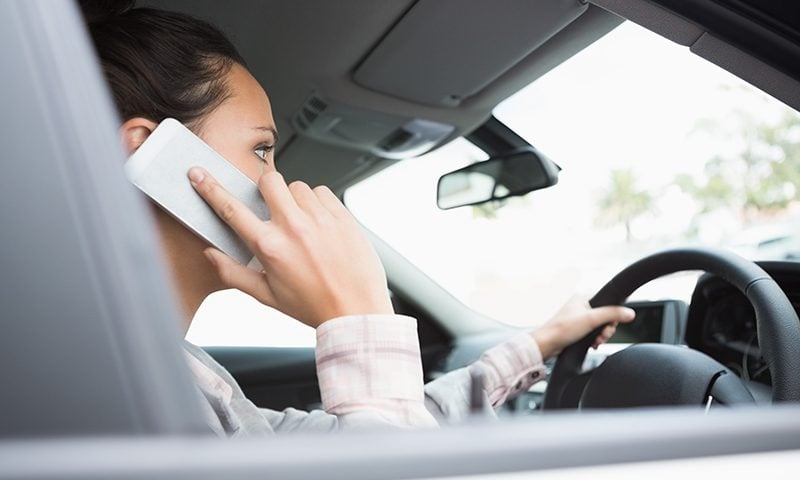 The number of specialist traffic officers has fallen by almost a third in 10 years – a Freedom of Information request (FOI) reveals – leading to fears that illegal mobile phone use will never be properly eradicated.

Back in March the Government brought in tougher penalties for motorists caught using mobile phones at the wheel, raising licence points from three to six, and fines from £100 to £200.

But a new report suggests that reductions in the number of traffic officers could be undermining these measures, with experts warning that motorists may be playing fast and loose with the rules of the road.

“Drivers tell us there aren’t enough police on the roads enforcing driving laws so inevitably there’ll be concern that people are getting away with breaking them,” says RAC Spokesman Rod Dennis.

Mr Dennis says illegal mobile phone use at the wheel continues to rise and those who can’t resist making and answering calls while they’re driving need to know there‘s a real threat of being caught.

“We welcomed the tougher penalties that came in earlier this year but to be effective they must be backed up by rigorous enforcement,” he added.

Illegal mobile use every seven minutes

A month after the new rules came in, more than 200 drivers a day were being caught using their mobiles phones figures obtained by the Press Association show.

This is about one every seven minutes.

The number’s naturally worrying and although it could mean some drivers weren’t aware of the new rules, it may also mean motorists are simply ignoring the increased punishments.

If this high number of contraventions is found with so few officers responsible for enforcement, you can only imagine what the true reflection of illegal mobile phone use is, with hundreds potentially going under the police radar.

All 45 forces in the UK were asked under FOI how many dedicated traffic officers they have compared with five and 10 years ago.

Almost every police force in the UK has cut its numbers of road traffic officers since 2012, the figures show.

Greater Manchester Police has seen its numbers cut from 176 to just 75. Meanwhile, Kent has gone from 123 to 89.

Responding to the figures, the Home Office says officers do not bear sole responsibility for enforcing safety on the road, while the National Police Chiefs’ Council suggests officers from other areas of policing can be called upon to help out.

However, Louise Haigh, Labour’s Shadow Minister for Policing and Crime, a former Special Constable, said: “These savage cuts will deeply alarm the public as reckless drivers will feel able to offend with impunity.

“The police don’t stand a cat in hell’s chance of pursuing and convicting people under these offences with ever-constrained resources.”

Think you’re following the rules of the road to the letter? Find out more about road safety laws.