Is watching Formula 1 bad for your health? 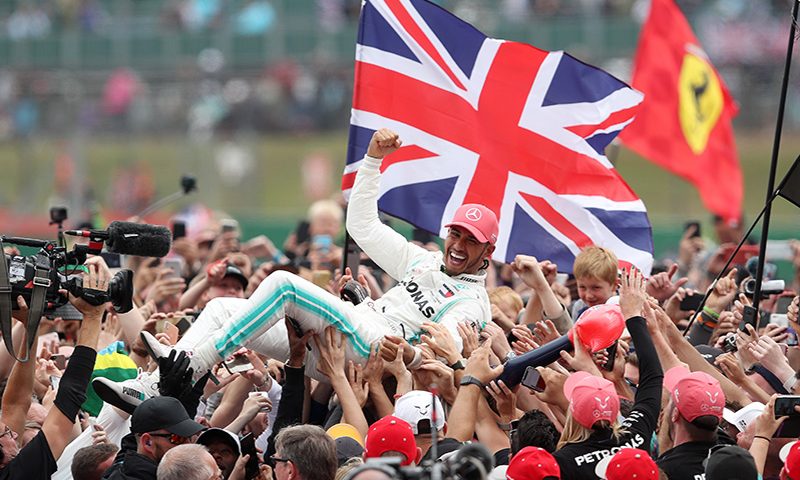 What a summer of sporting achievement we’re having, and for motorsport fans, there’s nothing better than seeing homegrown champ Lewis Hamilton take the chequered flag at Silverstone.

If you enjoyed the drama of the British Grand Prix, you’ve probably spent the week imagining yourself lining up on the start grid alongside the Mercedes and Ferraris – and who can blame you?

But a new study has found that watching these superstars race around the track makes everyday drivers more likely to cause a collision on the roads.

According to the study by the Division of Trauma, Critical Care and Acute Care Surgery at Ohio University, there’s a 6.3% jump in the number of speed-related crashes directly after a major televised motor race.

The research found that after watching Formula 1 or NASCAR on TV, fans would subconsciously mimic the high-speed behaviour of the pros in their own cars – putting themselves and others at risk.

It also found a direct link between TV audience figures and the number of road collisions in the following few days, as fans were “physiologically aroused” by the on-road actions of their idols.

But as well as putting themselves and other road users in danger, speeding drivers in the UK face being hit with three penalty points and an on-the-spot fine of £100 for the least serious offences.

Jacob Roden-Foreman, a lead researcher on the study, said there was a significant “positive association” between TV ratings and how many speed-related collisions occurred in the following days.

He said: “It is possible that when viewers see NASCAR racers’ driving behaviours rewarded, this results in symbolic observational learning and creates an implicit association between fast driving and reward. This link could then be reactivated via priming effects when viewers get behind the wheel.”

He added: “As such, though neither intended nor likely to make NASCAR viewers or fans of other racing competitions stop watching races, viewers should be aware of the potential effects that their viewership may have on both their safety and that of the public.”