20 songs to add to your Valentine’s Day driving playlist 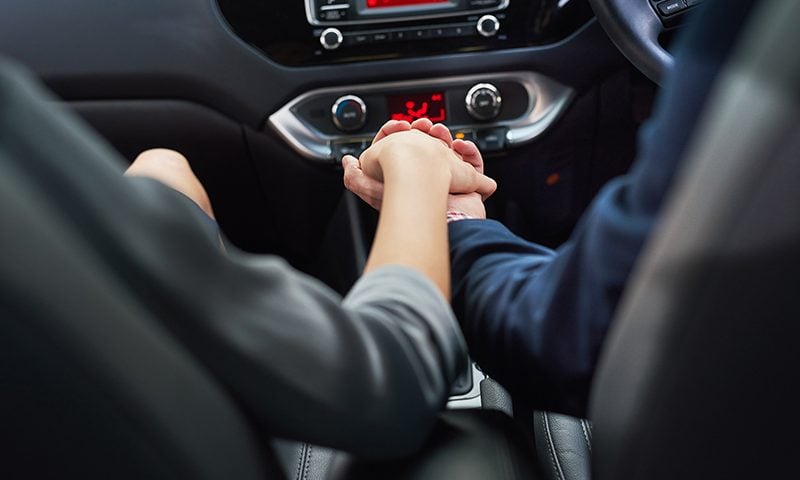 Valentine’s Day doesn’t come without its stresses. Present-buying, restaurant-booking, even overthinking the words to write in a card.

But when it comes to setting the tone with a driving playlist, we’ve got you covered…

We’ve scoured the Top 100 lists from news sites, streaming pages and radio hits and compiled our own run-down of feel-good love songs that aren’t too cheesy and have lyrics you just can’t help but sing along to…

You probably wouldn’t guess that this song is almost 17 years old, but the lead single from the songstress’s debut album, Songs in A Minor, was a hit way back in 2001.

Fast forward almost two decades later and it is still one of her most notable tracks – perfectly summing up the ups and the downs of a long-term relationship.

2. I Bet You Look Good on the Dancefloor, Arctic Monkeys

The fastest-selling debut album in British chart history was massively overplayed when it was released more than a decade ago. But the Sheffield band’s signature track has come back into fashion and is a timeless, sing-a-long classic.

Hitting the charts on Valentine’s Day 1967, Aretha’s version of this Otis Redding classic is perhaps the greatest cover of all time.

4. Just the Way You Are, Barry White

It’s impossible to have a luurvvve playlist without the smooth and distinctive bass-baritone voice of Mr White. Spotify thinks so too, and this sway-inducing hit is number 10 on its list of 101 Valentine’s Day songs.

5. Ain’t Nobody, Rufus and Chaka Khan

Getting on for 35 years old, this funk/soul anthem is as relevant and revered today as it’s ever been.

Ok, this one is cheesy. But it’s also the perfect song to duet to with your ‘SO’.

7. The Way You Make Me Feel, Michael Jackson

Not all love songs involve gazing into each other’s eyes. Some involve toe-tapping, finger-clicking and a cheerful sing-a-long.

One of the most popular wedding songs of all time, Etta James’ soulful tone is clearly much-loved.

9. Piece of My Heart, Erma Franklin

Sister of the Queen of Soul – Aretha Franklin – Erma was often overshadowed by her sibling. Recorded in 1967, this track only reached number 62 in the charts. It wasn’t until denim brand Levis used the song on one of its adverts in 1992 that the powerful classic was catapulted into the top 10.

10. There is a Light That Never Goes Out, The Smiths

Driving in your car, you’ll never, never want to go home. At least if Morrissey and his Salford lads have anything to do with it. Just try not to crash into any double-decker buses please…

11. You Do Something to Me, Paul Weller

Putting his Jam style firmly behind him, this solo track is on Weller’s third album Stanley Road, voted by Q magazine readers as the 46th greatest album of all time.

The Manchester band are not synonymous with love ballads, but this hit from the 2005 album Don’t Believe the Truth is a winner.

Cheery, poppy and almost guaranteed to make you smile.

14. Nothing Even Matters, Lauryn Hill

From the Fugees’ frontwoman’s critically-acclaimed solo album – The Miseducation of Lauryn Hill – this soulful, smooth love song is as good today as it was 20 years ago.

Transcending eras – this song was as relevant on its release in the 1960s as it was on release of the cult classic namesake film in 1986, and still today.

Adele’s take on The Cure’s 1989 hit is number four on Spotify’s 101 list, and a firm favourite with streamers and downloaders.

Perfect for a drive in the countryside, the lingering tones of Mr Withers could not be smoother or more romantic.

It’s difficult to choose which of Marvin Gaye’s epic love songs should make the list, but this fun, provocative and plain-speaking hit should get you in the lovin’ mood.

While slow and sensual is not everyone’s cup of tea, Sade’s sultry voice absolutely nails a smooth ballad without being at all naff.

The Madchester band’s offering of love songs is strong, albeit unconventional. But the lyrics depict being “so much in love you don’t know just how much you can stand”.

Whilst we’re on the topic of lurveeee, would you admit to damaging your partner’s car? No? You’re not alone, as 1 in 10 people wouldn’t either. You can find out just how honest British drivers are here.