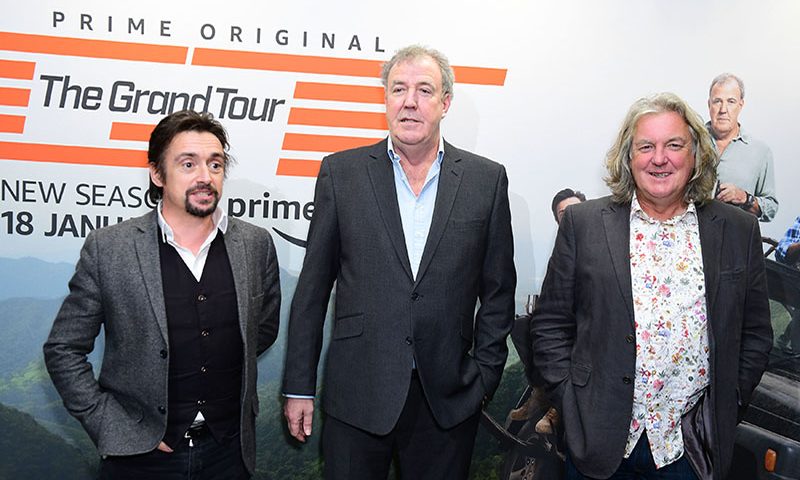 Jeremy Clarkson’s ego has been boosted as he’s beaten Steve McQueen to the title of greatest screen automotive icon.

Here’s how the results fell…

Former Top Gear host, Jeremy Clarkson, is known for his outspoken nature and controversial opinions. However, he still managed to beat the likes of Hollywood legend Steve McQueen, as well as a number of James Bond actors to the title of world’s greatest automotive icon.

Steve McQueen is known as one of the most stylish actors to grace the big screen, with films such as Bullitt and The Great Escape featuring some of the most iconic car and motorbike scenes in film history – but even that wasn’t enough to bag him the top spot with the British public.

Richard Hammond came in third place, while James May appeared sixth on the list.

Vin Diesel and Jason Statham were also in the top 10, along with fellow Fast and Furious actor Paul Walker, who died in a tragic car accident in 2013.

The other three spots in the top 10 went to James Bond actors, with Sir Sean Connery ranking in fourth, Daniel Craig in eighth and Sir Roger Moore in ninth.

A spokesman for Hyundai said: “Steve McQueen is nicknamed the King of Cool and he’s responsible for some of Hollywood’s most iconic moments, whether it’s the bike scene in The Great Escape or the famous chase in Bullitt.

“But he plays second fiddle to Jeremy Clarkson, whose legendary adventures from behind the wheel of a car have crowned him as our favourite automotive screen icon.”

According to the survey, the best car film of all time is The Italian Job, followed by Steve McQueen’s Bullit and the Fast and the Furious franchise.

On the small screen, Top Gear was voted the best car TV show – another win for Clarkson.

Other categories included the most popular car chase, also won by The Italian Job, while the prize for most memorable motor was driven away by James Bond’s Aston Marin DB5, just ahead of Chitty Chitty Bang Bang and the De Lorean DMC-12 from Back to the Future.

“The best cars and films are always the subject of fierce and fun debate,” a Hyundai spokesman commented. “And thanks to the internet and streaming services, there is no shortage of shows and websites to keep us occupied.”

Struggling with boredom in isolation? Here’s how The Stig is passing his time…