Revealed: The most commonly stolen car models in 2021 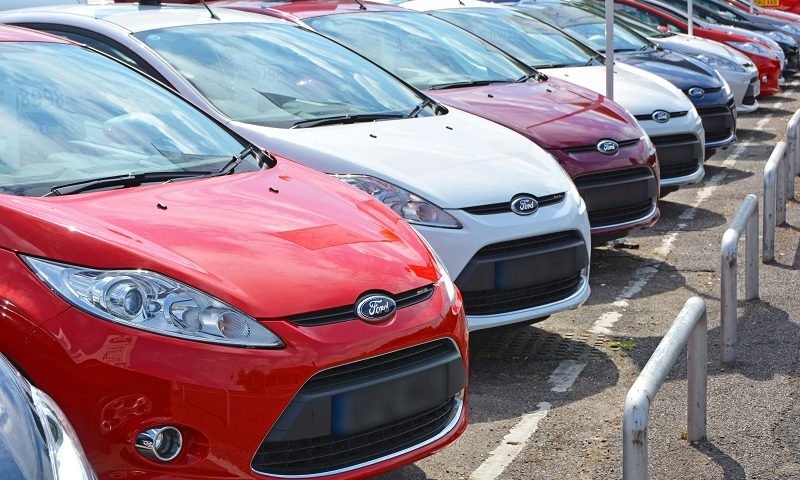 Do you drive a Ford Fiesta? If so, you might want to make sure it’s parked in a secure place, as new figures suggest it’s the car at highest risk of being stolen.

According to the DVLA, Ford Fiestas were reported stolen 3,909 times last year. But what other cars are among the top 10 most commonly stolen vehicles?

The most popular to the most luxurious

In total, 48,492 vehicles were recorded as stolen last year, marking a 3% rise in motor thefts in Britain. While the Ford Fiesta topped the list, the Land Rover Range Rover followed closely behind with 3,754 reported cases and in third place was the Ford Focus with 1,912 cases.

John Wilmot, chief executive of car leasing comparison website LeaseLoco, has said that the Range Rover “has been targeted by sophisticated criminal gangs who have the knowledge and keyless tech to gain entry”.

Such criminals are also targeting other desirable vehicles, including the Mercedes-Benz C-Class (fifth on the list with 1,474 reported cases) and E-Class (tenth with 818 cases), BMW 3 Series (sixth with 1,464 cases) and the Land Rover Discovery (in seventh place – 1,260).

A report from specialist vehicle security product provider Tracker has also highlighted that Range Rover and Land Rover models accounted for a staggering 44% of all stolen cars recovered by them over the course of 2021.

Other common models recovered by Tracker include the VW Golf at number four (1,755 cases), the Vauxhall Corsa in eighth place (1,218), followed by the Vauxhall Astra (1,096).

While these figures aren’t as high as they were pre-pandemic (58,642 motors were stolen from owners in 2019), Clive Wain, head of police liaison for Tracker, has said the pandemic has contributed to the increase in thefts.

“Due to the pandemic, global demand for car parts created a boom in ‘chop-shops’ – buildings which house stolen vehicles for stripping down so their expensive parts can be sold on.”

“In addition, the lack of parts for new car manufacturing resulted in a surge of sales in the second-hand car market, creating a lucrative business for car thieves to fill the shortage.”

When buying any second-hand car, particularly the models making up the top 10 list, James Fairclough, chief executive at AA Cars, has reminded drivers that “you should always carry out an online history check to confirm the mileage, the number of previous owners and whether the car has been stolen, been in an accident or written off”.

Find out if your area is a hotspot for car theft.