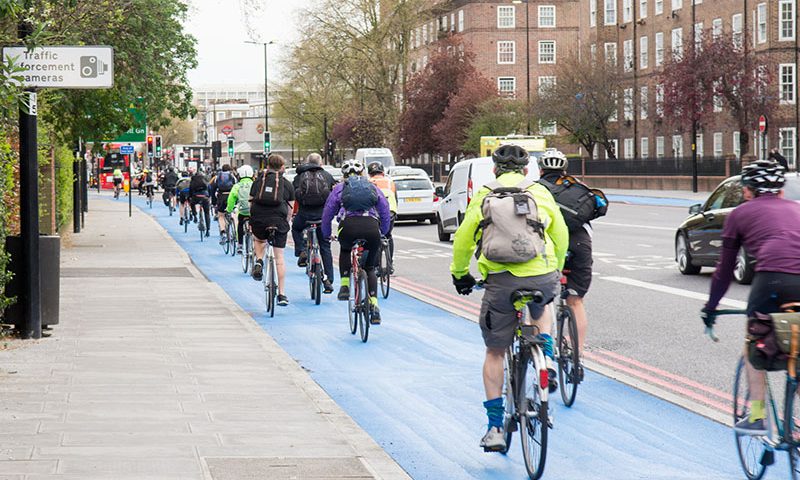 Local councils across the UK now have powers to charge motorists up to £130 for parking in cycle lanes.

The changes come as part of a two-year action plan designed to protect vulnerable road users and promote cycling and walking in built-up areas.

The new law means drivers can now be issued charges for parking in mandatory cycle lanes marked with a simple, unbroken white line.

Local councils will use Automatic Number Plate Recognition (ANPR) cameras to police cycle lanes in an effort to curb the number of drivers blocking routes.

Those who stop in designated cycle lanes could face penalties of up to £70 in most areas of the UK, or £130 in London.

The Department for Transport (DfT) hopes the new law will encourage more cyclists to feel safe on the roads, relieving pressure on public transport as lockdown restrictions ease.

Cycling Minister, Chris Heaton-Harris, said: “There has been a surge in the number of people dusting off their old bike from the back of the shed and cycling, or taking journeys on foot, to get from A to B.

The investment will see extra protected space for cyclists, wider pavements and safer junctions to help ensure safety on the roads and encourage more people to choose green transport options.

A further review of the Highway Code to improve safety for vulnerable road users is expected to follow.

Have you noticed more bikes on your commute? Use these top tips to keep pedestrians and cyclists safe on the roads.