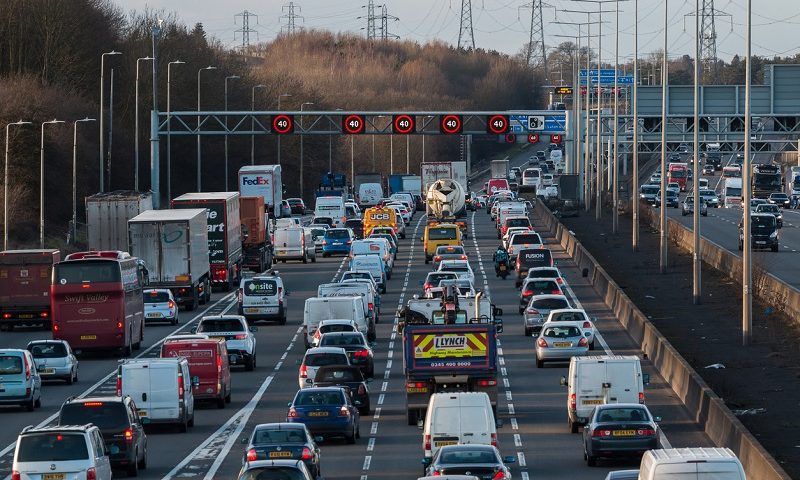 Got any plans for the Platinum Jubilee weekend?

According to RAC Breakdown, an estimated 19.5 million trips will be made over the long weekend, creating heavy traffic which you might want to avoid.

With the extra-long weekend coinciding with the half-term school break, many families will be hitting the road in order to make the most of their time off.

Following a survey of around 1,500 drivers, the RAC found that Bank Holiday Friday (3 June) will be the busiest day of the week on the roads – an estimated 3.6 million drivers are expected to make trips, with 3.3 million set to do the same on Bank Holiday Thursday.

A further 5 million drivers will make leisure trips at some point during the Bank Holiday weekend, adding to the traffic.

Transport experts INRIX have predicted that the M25, M5 southbound, A303, and the A720 Edinburgh city bypass are likely to be the busiest roads. So, if you’re planning on making a journey this weekend, check traffic beforehand and take action by leaving earlier/later if possible.

Despite millions of trips being made this weekend, the RAC found 37% of drivers want to stick to local roads.

High fuel costs are also making 11% of drivers stay at home, but, if the sun is out, 26% of drivers say they will make a leisure trip.

RAC traffic spokesman Rod Dennis said: “Drivers clearly see a double Bank Holiday this close to the summer as a gift with so many millions eager to make the most of it – although many appear keen to keep their car journeys short, perhaps mixing a daytrip or two with a Jubilee celebration at home.

“The fact the Bank Holidays coincide with the end of half-term in many places has the potential to put some extra pressure on the road network, so planning a journey carefully is important to beat the worst of any queues.”