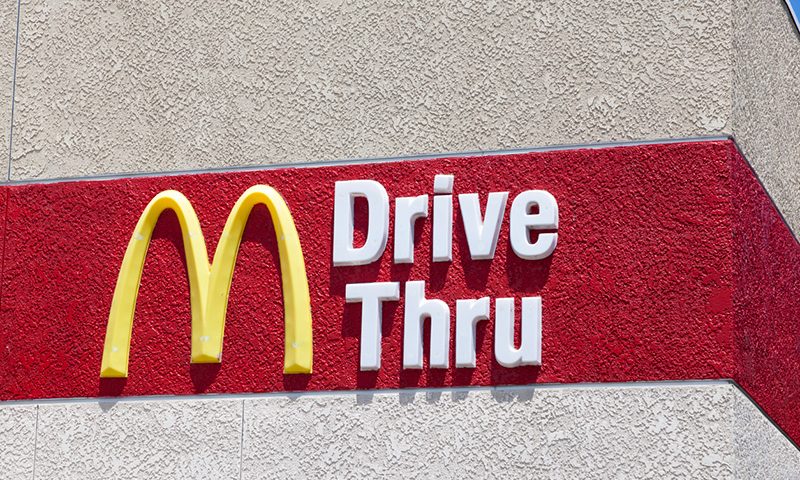 News just in! A dangerous driver has been caught by police, after they traced a McDonald’s wrapper in his car.

John Jamieson, 29, has been jailed for 10 months after lying to police about his car being stolen just minutes after he crashed it into a roundabout last June

But investigators were able to prove Jamieson as the driver at the time of the crash by tracing a McDonald’s wrapper found in his car.

Jamieson’s car was caught on dash-cam footage as Northumbia Police pursued him at more than 100mph down the A189 in Northumberland, before mounting a roundabout and crashing.

Leaving three passengers in the vehicle, Jamieson fled the scene, calling the police only minutes later to report his car stolen from outside his house.

However, investigators proved Jamieson was driving after they found fast-food wrappers in the car and traced them to CCTV footage of him using a drive-thru after he claimed the car had been stolen.

Failing to appear for his original court date, Jamieson was later tracked down by officers, and sentenced to 10 months in prison by Newcastle Crown Court.

Jamieson was also banned from driving for 45 months and ordered to take an extended retest before being able to return to the road.

Detective Sergeant Jonny Pallace, of Northumbria Police, said: “Jamieson was driving recklessly on the roads during rush hour and this could have easily ended in tragedy.

“I hope he enjoyed his McDonald’s because I don’t think they deliver to prison.”