RSPCA warns drivers not to leave pets in car 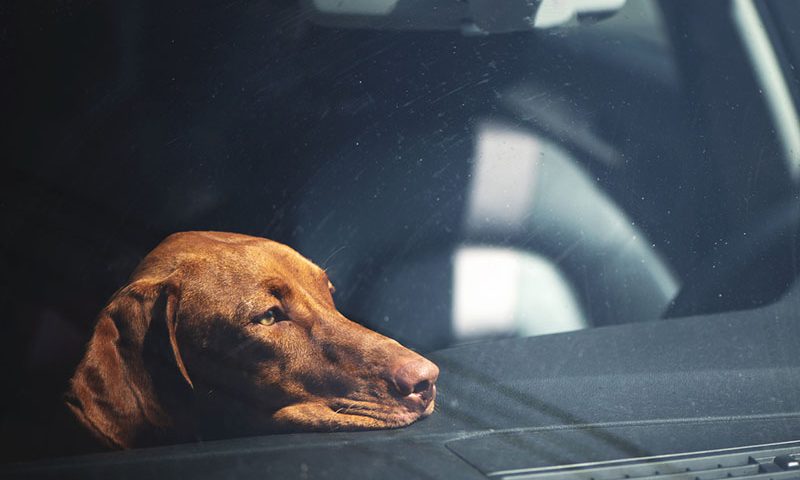 As the British summer continues to heat up, pet owners could be putting their dogs at serious risk if they’re left in the car while they shop.

Leaving a dog locked in a vehicle for long periods could cause them to suffer dehydration, severe heatstroke or even death.

So, how long can you leave your dog waiting, and what can you do if you see someone else’s pet suffering alone?

The RSPCA is warning drivers that leaving their dog unattended in a vehicle could result in criminal penalties if the animal becomes ill.

According to the charity, it takes less than an hour for the temperature inside a car – even with a window open – to more than double when it’s just 22°C outside, making it risky to leave your pet alone, even for a short time.

While it’s not illegal to leave a pet unattended in a vehicle, Britons could be charged with animal cruelty under the Animal Welfare Act 2006 if their pet were to die as a result.

If convicted, drivers could face a six-month prison sentence and unlimited fines.

The RSPCA warns: “Many people still believe that it’s OK to leave a dog in a car on a warm day if the windows are left open or they’re parked in the shade. But the truth is, it’s still a very dangerous situation for the dog.

“A car can become as hot as an oven very quickly, even when it doesn’t feel that warm.”

Is it illegal to rescue a dog?

A recent poll by Confused.com found that just one in 100 passers-by would attempt to break into a car to rescue a dog from heatstroke.

However, according to the Criminal Damage Act of 1971, concerned onlookers would be within the law to smash a car window in an attempt to rescue a trapped pet.

RSPCA advises passers-by to dial 999 if they see a trapped animal displaying signs of heatstroke.

Signs of heatstroke in a dog include:

You should also inform the emergency services of your intentions if you believe there is no other option than to break into the vehicle.

Travelling with pets? Here’s how leaving your animal loose in the car could result in hefty fines.