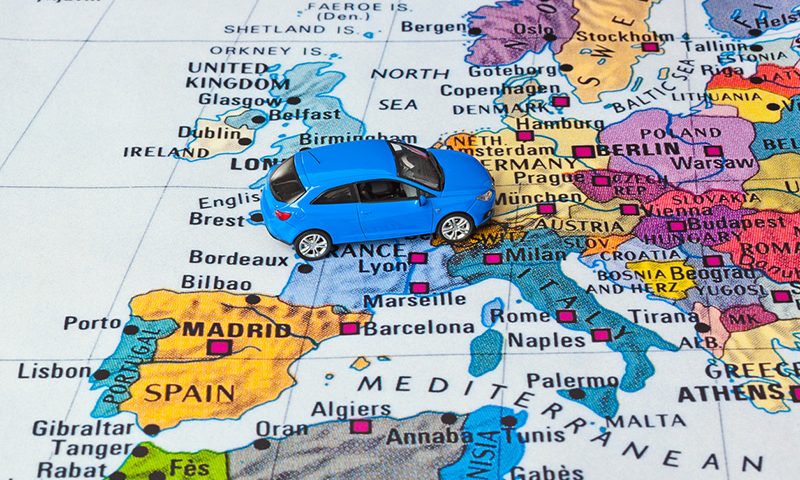 What should you remember when planning your trip to the Continent? Your passport? Your French phrase book? Maybe even a guide to the best local vineyards?

Actually one of most important things you need to do before driving on the other side of the Channel is get to grips with the local road laws.

But a new survey has revealed just how clueless UK drivers are when it comes to European road laws – with a staggering two-thirds even thinking you drive on the left in France and Spain.

The survey of 1,253 motorists by By Miles has shone a light on just how little UK drivers know about the laws of the road in other countries.

Less than a quarter (22%) know that drivers in France must carry a breathalyser with them at all times and that the device should be unused, in date and with an NF certification mark.

When it comes to Spanish laws, UK drivers don’t fare much better with 91% unaware you can be fined €200 simply for driving without a top on.

Driving with any of your limbs out the window, excessively loud music or even working the pedals in flip flops will also see you pulled over by the local traffic cops.

James Blackham, Co-Founder of By Miles, says holidaymakers should research local driving laws to stop them getting caught out, as well as protecting themselves on the road.

He said: “For example, in France, you must carry a breathalyser with you at all times, and in Spain, if caught driving without a top on you can be fined €200!”

He added: “Don’t presume your insurer automatically gives you the same full cover you have at home when you’re driving in Europe. Give them a ring to make sure you have the same level of cover – some drop to third party cover only once outside the UK.

“While you’re on the phone, check your annual mileage cap too. While Europe doesn’t seem all that far away, an unusually long road trip means some risk clocking up too many miles on the journey and invalidating their insurance policies as a result.”

Do you know the rules of the road of the country you’re heading to? Check out our handy little guide about driving abroad so you don’t end up on the wrong side of the law.