De-frosted: The six best ice scrapers for your car windscreen 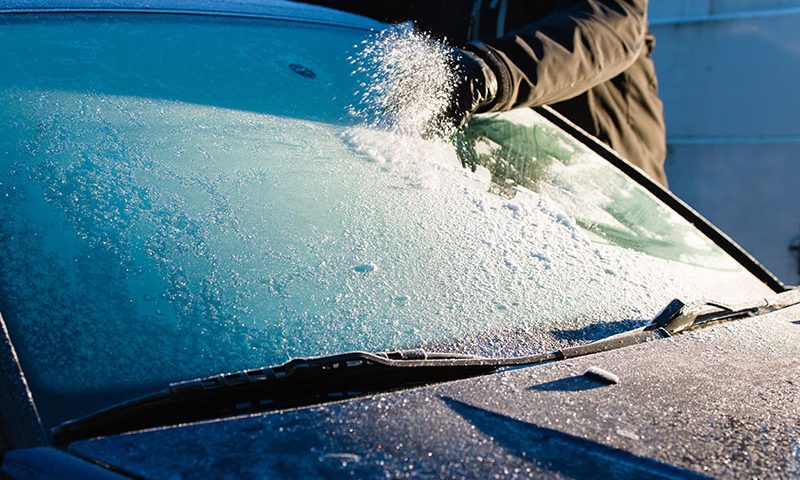 As if you didn’t have enough to contend with in the mornings, now you have to deal with defrosting your car too.

While some of you might be blessed with heated windscreens, a large proportion of us Brits don’t, which means that on a frosty morning, we’ve got to set aside a good few minutes to de-ice our motors.

Some of you might opt for a freebie ice scraper, some a nice expensive one, or some might even have an app that can de-ice your car from the comfort of your home!

So to help you out, we thought we’d pull together our picks for the best ice scrapers and where to get them from. So even in cold-weather conditions, your forecast will be a clear windscreen.

For those of you who like your own gloves but like the sound of the ICEPLANE, this one is for you. It’s unusually designed in that it has two blades set at an angle from the handle, which are optimally shaped and placed at precisely the correct angle to clear a frosted screen as quickly and efficiently as possible.

And what’s more, ICEPLANE claims that it’s indestructible, even at temps down to -30 degrees. Fingers crossed it doesn’t get that cold though.

The ICEPLANE Pro Glove combines the performance of the ICEPLANE Twin Bladed with a fully thermal glove to keep your hands nice and toasty whilst dealing with snow and ice.

Some might say that it’s the ultimate gloved ice scraper, and at £7.95 at Amazon, we might just agree.

It might look slightly unconventional in the sense that it’s shaped like a cone, but it’s actually pretty good.

The fact that your hand is higher up means it doesn’t get sprayed by all the ice flying off your car, but because the circumference of the cone is fairly large, you’ll find yourself scraping off a lot more snow and ice than you’d think.

At just £1.99 from Amazon the Scrape-a-round is definitely worth a go.

Probably not one you’ll have heard of before, but you definitely should look into. Not only are they stylishly designed, like all things Scandinavian, but they’re really effective too. Then again, they’ve got to be to cope with the Nordic winters.

The only trouble with this ice scraper is it’s slightly trickier to find than just popping to your local Halfords, but DriveDen do a good deal for just £12.99.

The Bosmere might look a bit basic, but it packs a punch and is relatively cheap too, if you don’t mind the colour you get.

With its soft grip and flat edge, it’s a dab hand at scraping off the ice. Even better, it has built-in ridges to help break thicker ice on the top surface so you don’t have to spend ages going over the same spot.

At just £4 from Amazon you can’t go wrong. And there’s even the option to upgrade to include a mitt for an additional £2.

This double-bladed marvel is well worthy of the name of the god of thunder. To call it just an ice scraper is almost an insult.

Thor is an expandable double-bladed ice scraper, meaning even the shortest person can reach the top of an SUV. What’s more, it’s designed to let you grip it with both hands for more leverage (and less strain) so when you’re scraping stubborn ice from the glass on your car, it’s a doddle.

The only downside we can find with the Thor is it’s a bit on the pricey side, coming in at £19.99 at Amazon. But honestly, it’s worth the money.

And there you go people, that’s our verdict on what we believe are the best ice scrapers on the market.

If using an ice scraper isn’t your thing, don’t worry…there are a few other ways you can defrost your car. Check out our blog on the best ways to de-ice your car.