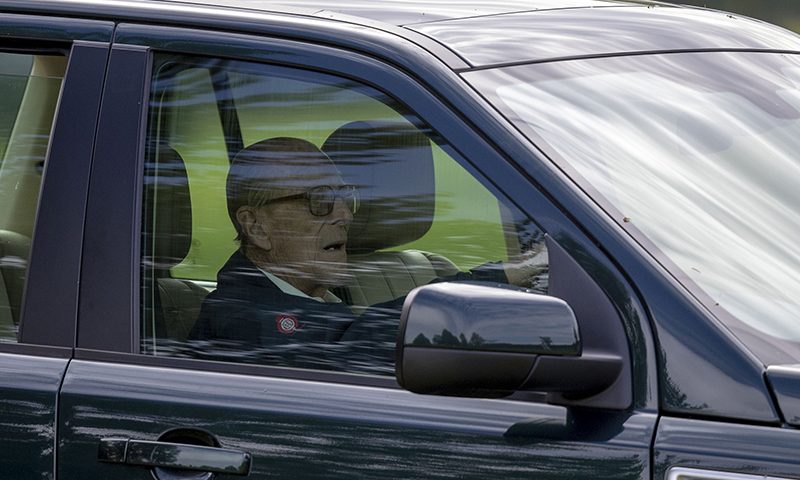 The incident is currently being reviewed by the Crown Prosecution Service (CPS) which is deciding whether to bring charges.

It’s thought, however, that by offering to pass up his credentials the Duke may avoid any potential prosecution.

Time to surrender your licence

Norfolk Police later confirmed the news, while the CPS said it would “take this development into account” while reviewing the case.

The renowned traffic lawyer dubbed ‘Mr Loophole’, has suggested Philip could avoid any further punishment for driving without due care and attention by giving up his licence.

Nick Freeman claimed doing so would decrease the chances of a case being in the public interest.

The Duke himself apologised for his involvement in the Sandringham estate accident in January, in which his Land Rover Freelander collided with another car, leaving two women needing hospital treatment.

Where it all started

Philip’s problems began on 17th January when his car flipped over after he pulled out into a busy A road and collided with a Kia, carrying a nine-month old boy, his mother and another passenger.

He escaped injury, but passenger Emma Fairweather broke her wrist and called for the Duke to be prosecuted if he was found to be at a fault.

Speaking after the weekend’s developments, she told the Sunday Mirror: “Undoubtedly the roads will be safer now. It [the decision] won’t have been easy for him to make as it is a loss of independence. But he can work around it.”

In a letter dated 21st January, Philip wished Ms Fairweather a “speedy recovery” and said he “failed to see the car coming”.

He blamed the low, bright sun for obscuring his vision, adding he was “very contrite about the consequences”.

However, just a few days later Philip was spotted once again behind the wheel, this time not wearing a seat belt for which he received a police caution over.

According to reports this isn’t the first time the Duke has been involved in a car accident when he’s been behind the wheel.

After the news made headlines around the world, Norfolk locals reminisced about crashes and near misses they had encountered over the decades with the Prince.

One local businessman even ended up in a neckbrace and with whiplash injuries back in the January of 1996 after Philip steered his Land Rover into the back of his Mercedes 190.

The Queen herself has even been privy to being in the car for one of Philips accidents in 1964 when on the way back from polo in Windsor his car collided with a ’89 Ford Popular.

Too old to drive?

In the UK there are over 4 million drivers who are over 70 years old and there are no laws set in place as to when you have to stop driving, it really depends on the individuals health and ability to drive.

There’s currently no upper age limit for driving a car, which is lucky for the 105-year-old lady who finally after eight decades on the road passed her test. However, all drivers have to renew their driving licence when they reach the age of 70 and every three years from then on.

Edmund King, president of the AA said the decision to quit driving can be a difficult one. “Anybody who has had an elderly parent give up their driving licence will know that it can be upsetting for them and normally it’s done through common sense and encouragement from family members and their doctor,” he said.

If you or a loved one are thinking it might be time to stop driving have a look at Age UK’s website where they have lots of great information about driving over the age of 70.