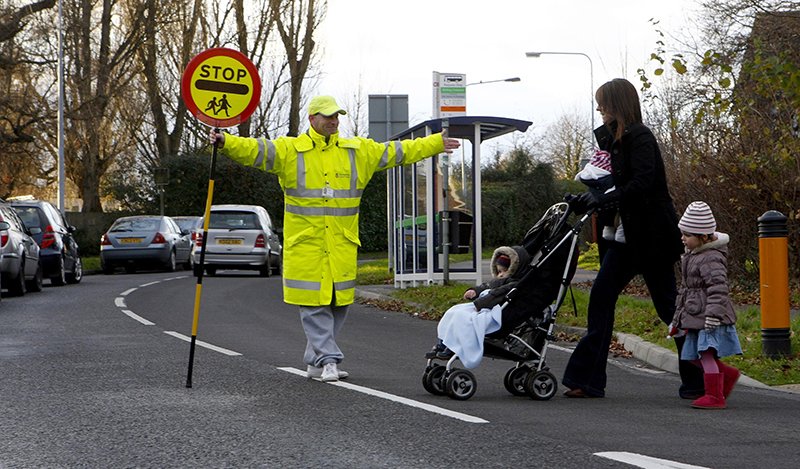 There is a light and it never goes out.

Now, just because there’s no evidence to suggest Morrissey was singing about a future light-up school crossing lollipop, that doesn’t mean we can’t pretend he was.

Andrew Turner, an inventor from Country Durham, has created a prototype of a light-up school crossing patrol sign. The luminous lollipop has been invented to make lollipop men and women more visible to drivers, and to help prevent accidents on the school run.

Lightbulb moment
Mr Turner got his inspiration for the light-up lollipop when he witnessed a near miss during a dark winter morning in Darlington.

After building his prototype – with the edges of the sign lighting up for up to 8 hours on one charge – Durham County Council ran a trial. The results showed that drivers were braking up to 40% faster for the light-up stick than without it.

Andrew explained the importance of the invention and his plans for the future.

He said: “The modern driver needs something more visible to stand out because of the number of distractions, such as the abundance of brake lights and modern technology, on the roads.

“The only thing which has changed over the decades is the school crossing patrol person’s uniform – they’ve become more visible. So why not the stick?

“I really do believe it has the potential to save lives in the future. We’ve already hit our target in terms of performance, battery life and weight. Our next step is to be innovative in the manufacturing process to keep the costs down.”

Further trials are lined up in Durham. If they continue to show results like the first trials, don’t be surprised to see light-up lollipops on your roads in the near future.