Phone detectors set to be used by police 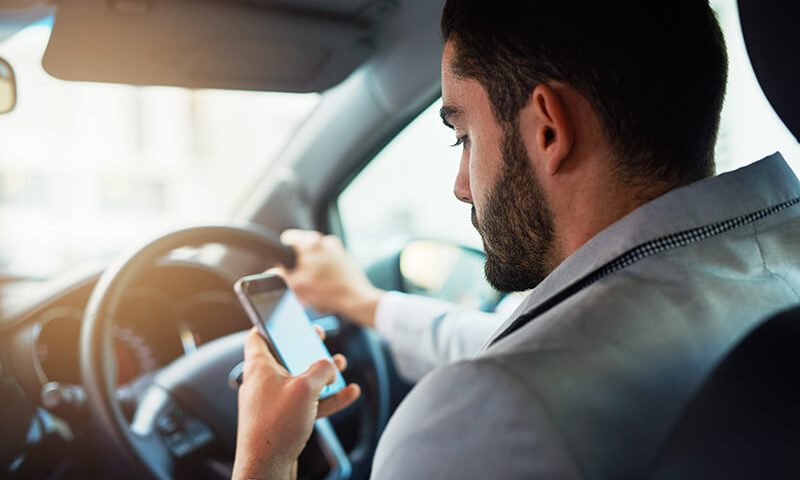 Police have revealed a new phone detector system that aims to warn drivers against using mobile phones while driving.

Two forces in England are initially using the new technology, which can determine how many vehicles are using phones on a stretch of road without hands-free kits.

Hampshire and Thames Valley Police are the first to use the device, which has been developed by tech firm Westcotec.

How do the phone detectors work?

If it spots a phone being used it will flash a mobile phone symbol at the vehicle to warn them that they’ve been seen using a device, which will hopefully deter them from using it.

This will happen in a similar vein to how digital road signs in crash hotspots flash to tell drivers to slow down.

At this time the phone detectors can’t bring charges forward against a driver as it can’t identify if it’s them using a phone or a passenger.

The tech aims to help warn drivers against using their phone behind the wheel and can also help police to identify hotspots for mobile phone usage.

The new campaign has been welcomed by Kate Goldsmith, whose daughter Aimee was tragically killed when a lorry driver crashed into a car she was traveling in while using his phone to change music.

She said: “I am supporting this campaign and welcome any technology which can assist in educating people and stop them from using their mobile phones whilst driving.

“My daughter’s death was completely avoidable. Please don’t use your mobile phone whilst driving, it’s not worth the risk.”

The first two devices — costing £6,000 each — are set to be installed at two locations on the A34 in Oxfordshire, before being rolled out across further sites in the Thames Valley and Hampshire regions.

The war on using phones behind the wheel

Tougher penalties for using a mobile phone behind the wheel were introduced in March 2017, which saw the fine double to six points and a £200 fine.

Newly qualified drivers can also lose their licence if they’re caught driving while using a mobile phone within two years of passing their test.

Want to find out more about the laws surrounding using your phone while at the wheel? Well you’re in luck, check out our mobile phone laws guide for 2019.