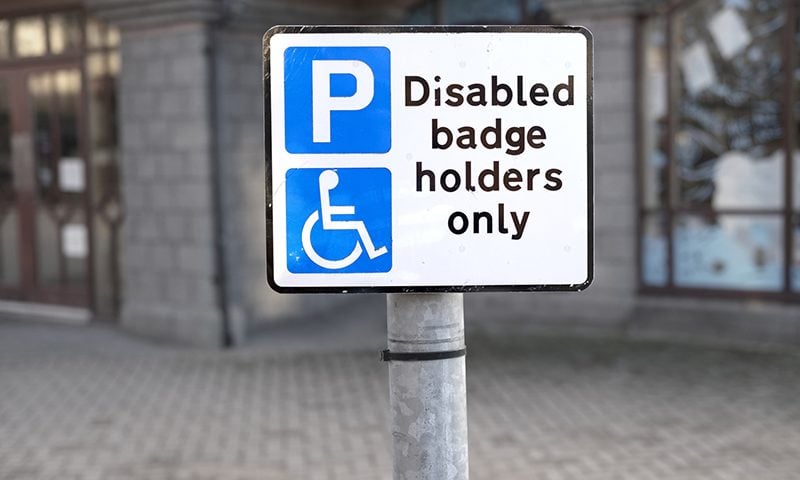 People living with ‘hidden disabilities’ will soon be able to apply for blue badge parking permits.

From next year, drivers with non-physical illnesses such as autism and mental health conditions will become eligible for the priority badges.

The move comes as part of a massive overhaul in the way the blue badge systems works — the biggest shake-up to the system in four decades.

Transport Minister Jesse Norman said the move will allow those with hidden disabilities to enjoy the freedoms that many of us take for granted.

In announcing the news, the Department of Transport said the changes will provide a greater level of clarity for both users and local authorities.

The current system does not specifically exclude those with non-physical disabilities, but it is open to interpretation, meaning local councils may have differing views on the matter.

The new system will mean those who suffer from psychological distress from the experience of walking, including children with autism, are eligible for the badge.

The changes follow an eight-week consultation launched in January this year, which received over 6,000 responses.

The blue badge scheme was introduced in 1970, allowing 2.4 million holders to park free of charge in pay and display bays, and for up to three hours on yellow lines.

The National Autistic Society, a leading autism charity, welcomed the news, saying that it would make a massive difference to the lives of thousands of autistic people.

Jane Harris, Director of External Affairs at the charity said: “Just leaving the house is a challenge for many autistic people, involving detailed preparation – and sometimes overwhelming anxiety about plans going wrong. And some autistic people might not be aware of the dangers of the road or become overwhelmed by busy or loud environments. The possibility of not being able to find a parking space near where you’re going can mean you can’t contemplate leaving the house at all.”