Drivers keen to keep things cool at the wheel 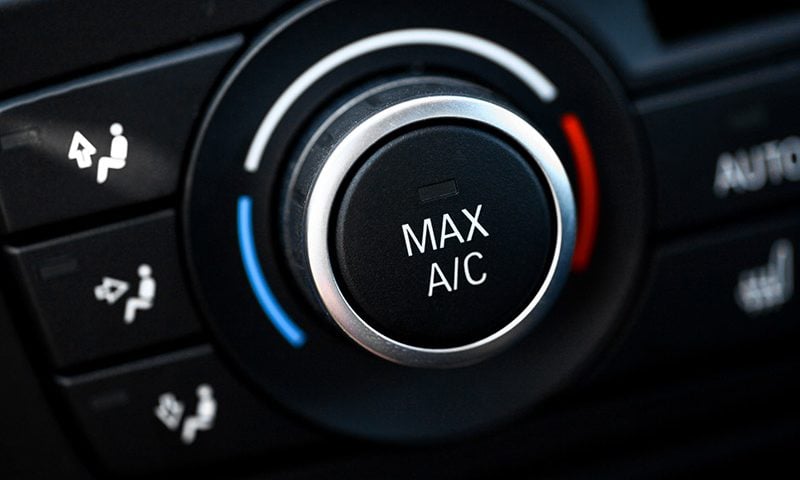 Sitting behind the wheel and sweating your way through a traffic jam while you pray for a passing breeze to cool you down isn’t much fun for anyone.

So, after the swelteringly hot summer we’ve enjoyed this year, it should come as little surprise that the number one ‘must-have’ for motorists buying a new car is air conditioning.

A survey by vehicle maintenance chain Kwik Fit found that for nearly 1 in 4 (35%) drivers, aircon is an essential feature that they’d be happy to pay out a little extra for.

And while aircon remains a popular addition, other new tech doesn’t fare so well, as a whopping 81% of drivers would ‘definitely not’ shell out for voice control features.

The study, which surveyed 2,021 motorists, found that the second most popular optional extra was Bluetooth connectivity, with 17% of drivers seeing this as a must-have.

Heated windscreens and satellite navigation systems (both 16%) also scored highly in the desirability stakes, while parking assistance cameras (13%) are also a sought-after addition.

In the midst of all this new tech, the old-fashioned sunroof proved an unpopular addition, with 77% and 74% saying they wouldn’t pay more for panoramic glass roofs and sunroofs, respectively.

Kwik Fit Communications Director, Roger Griggs, said the desire for aircon wasn’t surprising given the hot summer, but was quick to remind drivers that aircon units need care and attention.

He said: “It’s a great option to have and not only can it make a journey so much more comfortable and enjoyable in the heat, it makes de-misting the windows during the winter much easier.

“But while it’s brilliant to have, it’s a feature that needs attention and regular servicing to ensure it operates well.”

He added: “We advise drivers not to keep their air conditioning permanently off through winter, but to use it regularly to keep the system lubricated.”