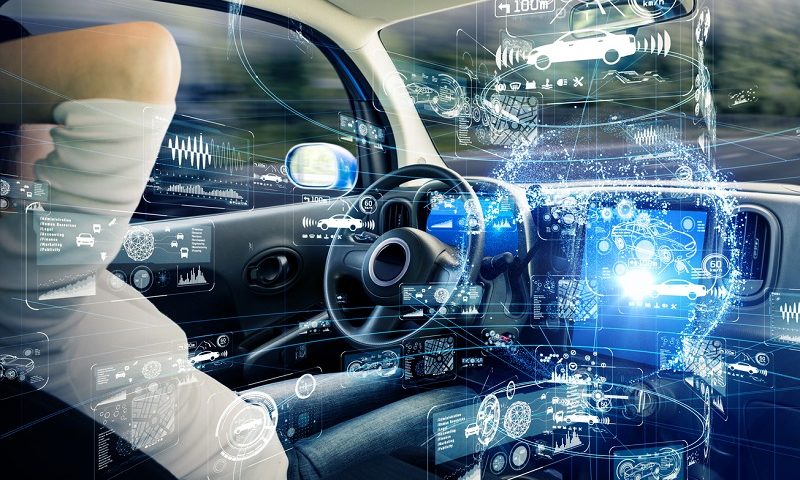 Whether you’re a fan of automation or not, there’s no escaping its ever-emerging presence on our roads…

Get up to speed on the latest thinking around smart motorways, self-driving cars and in-car technology, so you can decide where you stand.

What are smart motorways?

The government wants more motorways to be given smart upgrades – but exactly how ‘smart’ are they?

There are three main types:

The survey, commissioned by road safety charity Brake and Green Flag, found 27% drivers are aware of what smart motorways are, but don’t know how they’re regulated.

A worrying quarter (25%) of respondents said they don’t even know what a smart motorway is.

How safe are smart motorways?

Smart motorways are were introduced to make our roads safer, but several concerns have been raised, with various fatal accidents linked to the removal of hard shoulders.

Despite this, figures analysed by the Department for Transport between 2015 to 2018, suggest the fatal casualty rate for smart motorways without a permanent hard shoulder is lower than for motorways with one.

Funding was also set aside for a public education campaign, helping give drivers a better understanding of smart motorways, along with updates to the Highway Code.

In January 2021, Mr Shapps and Highways England Chief Jim O’Sullivan brought forward a deadline for new safety measures from 2023 to 2022 – with more CCTV ordered to help resolve the problem of red ‘X’s being ignored.

How far along are self-driving cars?

The UK took further steps towards fully-automated vehicle technology in 2020, with the government launching a call for evidence to look at in-built Automated Lane Keeping Systems (ALKS).

ALKS is one-of-a-kind technology, as it marks the first time drivers will be able to hand over full control of their vehicle to its internal system. The intention is to safely keep the vehicle in lane, on motorways only.

If you can see yourself using a car with ALKS in the future – the ALKS Regulation defines requirements for operation up to 37mph, though the government is considering allowing ALKS to operate at speeds of up to 70mph.

When can we use ALKS?

Experts predict this technology could be available on the UK market as soon as spring 2021.

Mike Hawes, Chief Executive of the Society of Motor Manufacturers and Traders (SMMT), said: “Automated technologies for vehicles, of which automated lane keeping is the latest, will be life-changing, making our journeys safer and smoother than ever before and helping prevent some 47,000 serious accidents and save 3,900 lives over the next decade.”

As reported by the government, the connected and autonomous vehicle (CAV) market could be worth £41.7 billion, and 40% of new UK car sales could have self-driving capabilities by 2035.

However, the use of ALKS in the UK and what speed it’ll be allowed to operate at has not yet been confirmed. Meanwhile, progress in the anticipated ‘robot taxi’ service industry is being made at a slower pace than planned, with taxi companies pausing or postponing their plans.

We have, of course, already seen partial forms of automation in our cars –Intelligent Speed Assist, Lane Keep Assist, Automatic Emergency Braking and Automatic parking are already in use on our roads.

However, while these feature aim to improve in-car safety and stop blind spots or human error, there are cons to consider too.

Fault can be found when we rely on the technology too much, it makes errors, or we simply get distracted by it.

Check out our latest car-tech guide to find out more about how in-car technology impacts our safety on the roads.