Busting the myths behind speed cameras 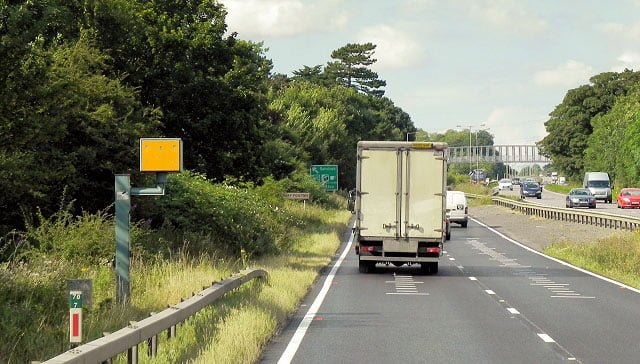 Many of us are sure to get caught out by a speed camera at some stage.

The first rule of not getting caught by one is obviously not to speed, but it also helps to know more about the cameras themselves.

Road safety charity Brake has come up with a list of common misconceptions about speed cameras  – so forget what your friends have told you, here are some myths debunked.

Not all speed cameras work, some are switched off – True
Some cameras across the country aren’t operational, according to various Freedom of Information requests.

However, you can’t tell from the road, so it’s better to be safe than sorry.

You have to be speeding at least 10% of the limit plus 2mph to get caught – False (kind of)
You can get a ticket as soon as you exceed the speed limit, even if that’s only by 1mph.

However, guidance provided by the National Police Chiefs Council suggests that officers do not seek prosecution of a driver until they have exceeded the speed limit by 10% plus 2mph.

So if you’re in a 30mph zone that is 35mph. However, a spokesman for Brake said this rule is not an actual law. It says “officers have the discretion to act outside it”.

If you slow down for the camera then speed up again, you won’t get caught – It depends
Average speed cameras do stop people driving this way, but other speed cameras do not.  However, Brake says you should “stick to speed limits, and drive to the conditions of the road, at all times”.

If you drive really fast, you won’t trigger the camera – False
Nope, this isn’t true. The only way to avoid triggering the camera is to stick within the speed limit.

A spokesman from Brake says: “They are particularly beneficial as they enforce limits over a longer stretch of road, preventing law-breaking drivers from being able to speed up again immediately after passing a camera.”

You must be notified within a certain amount of time for the speeding offence to be valid – True
A driver who is caught by a speed camera, rather than a police officer, must be sent a Notice of Intended Prosecution (NIP) within 14 days. The notice will go to the person who the vehicle is registered to.

You can request a speed awareness course – False
Those able to go on the course will be notified by the police. If you haven’t been offered one, tough luck.

If you do go on a speed awareness course, you don’t have to declare it on your insurance – False
Always tell your insurance company or you may find that your policy is invalid.

You can get caught on a bicycle or horse – False
Even if you were going that fast, which would be no mean feat, legislation around speed limits covers only motor or mechanically propelled vehicles.

Test yourself on other rules of the road in our Road Rule-ette quiz.