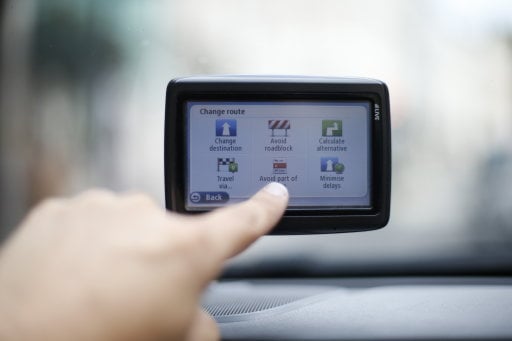 It’s not just the publishers of paper maps who have cause to rue the rise of the sat-navs, a navigation expert suggests.

Roger McKinlay says we’ve become so dependent on our smart devices to get from A to B that we may lose our in-built navigation skills.

He even indicates that the seemingly unstoppable march towards driverless cars may not necessarily be a good thing.

McKinlay reckons that the next generation of motorists should be taught map reading and navigation in the classroom… before it’s too late.

And he should know. McKinlay is not only the Royal Institute of Navigation’s former president, he is now a consultant in satellite communication.

He believes if we don’t return to using our natural compass soon, we’re in grave danger of losing it once and for all.

Humans 1 Machines 0?
McKinlay believes our increasing reliance on computer assistance could prove an expensive own goal for the human race.

This is especially as he claims navigation technology isn’t all it’s cracked up to be.

He says people may dream about a future of drones and driverless cars delivering our shopping to our homes.

But he says sat-navs can:

McKinlay adds that rescue crews in mountain areas grow weary of looking for lost people who have drained the battery in their smartphone.

But isn’t McKinlay fighting a losing battle?
Experts claim that four in five people will have smartphones by the start of the next decade.

An increased and upgraded satellite network should improve sat-nav capability. The US alone spends $1 billion (£694 million) on maintaining GPS satellites every year in addition to the more than $10 billion (£6.94 billion) to put them in place.

Yet McKinlay says navigation is not just knowing where you are, which is why he thinks we must start using our directional skills once more.

Could schools be the answer?
McKinlay passionately believes that map reading and navigation should be taught in schools as skills for life.

He makes a comparison with calculators and computers. These have not taken away our need to know all about numbers, he says. So why should we allow sat-navs to take away our directional sense?