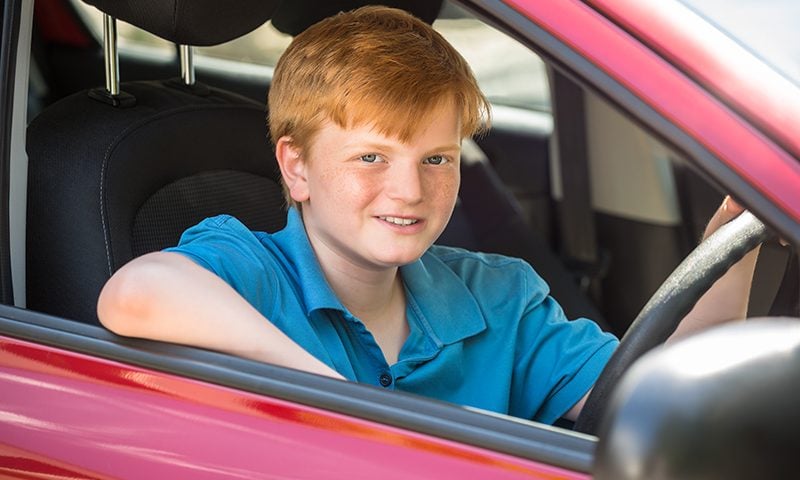 More than 1,000 children aged 16 and under have been disqualified from driving in the past year, figures obtained by the BBC.

The broadcaster says DVLA figures provided under a Freedom of Information request, show a total of 1,024 under-16s received a driving ban in 2017 – despite not even being of age to hold a provisional licence.

The figures show that 33 driving bans were handed to children aged 13 and under, with the youngest ones being 12 years old.

Banned from driving before legal age

Although not being legally allowed to drive, British courts can disqualify children who are caught by police. The ban lifts when they turn 17, however, the penalty points would remain on their licence.

“These figures are truly shocking, as every underage driver presents a frightening danger to other road users, as they could so easily end up taking someone else’s life as well as their own,” says Simon Williams, spokesman for RAC Insurance

He continues: “Sadly, this is almost certainly just the tip of the iceberg because they have to be caught breaking the law in this way and, with a 27% reduction in the number of police officers on the road since 2010, the chances of getting caught are far lower. This means many underage drivers are inevitably getting away scot-free.”

The Motor Insurers’ Bureau, which deals with accidents that involve uninsured drivers, pays out to around 25,000 claims on uninsured and untraced, or “hit and run” drivers each year, the RAC says.

Mr Williams added: “More needs to be done to stop this happening, but we appreciate it’s a very difficult problem to tackle, especially when legitimate young drivers are renting out vehicles to groups of children so they can have a go at the wheel.”

Drivers who ignore the rules of the road can be fined, issued with a penalty notice, and in some cases even prosecuted. Brush up on your knowledge with our complete guide to 2017 motoring law changes