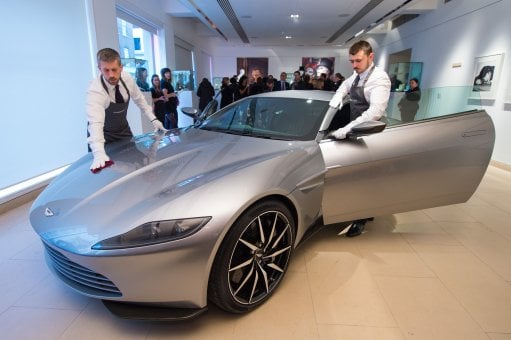 When the Aston Martin from the latest James Bond film, Spectre, went up for auction, we expected to be shaken and stirred by the final price tag.

But what makes the DB10 car’s £2.4 million sale even more remarkable is that the winning bidder won’t be allowed to use it in public. That’s because driving it on public highways is absolutely forbidden.

But it’s still not a bad motor to have sitting in your garage. Whether you’re a road veteran or a recently qualified young driver, the bragging rights would be awesome.

Super-spy supercar
This is one of 10 purpose-built sports cars manufactured for the Spectre movie and is one of two “show cars”. Even the valuers thought it would “only” fetch between £1 million and £1.5 million for charity. The UN’s Mine Action Service and Medecins Sans Frontieres are among the charities benefiting from the sale.

The other eight Aston Martins were modified for practical use in the latest edition of the super-spy movie franchise.

So what makes this beauty so special?