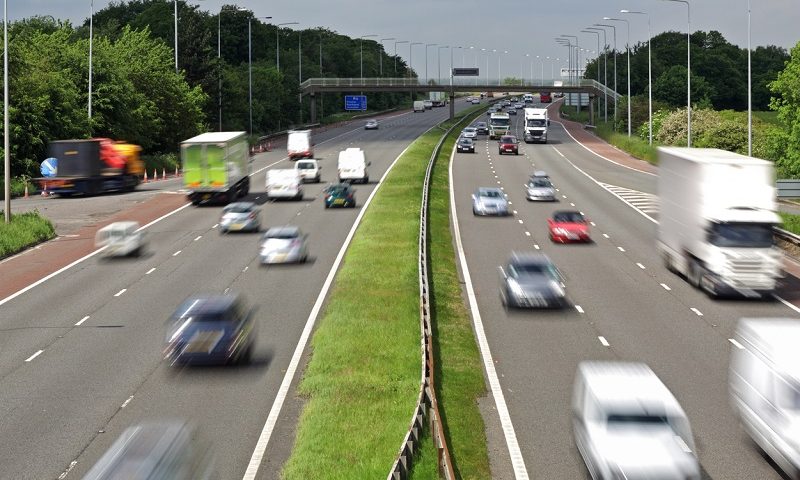 Take your foot off the gas, it’s time to clear the roadside air.

Speed limits on four stretches of motorway will be cut to 60mph to reduce emissions in badly polluted areas, Highways England has announced.

The trial project will be introduced in four areas of the UK by the end of October 2020, to test whether the slower traffic will improve air quality.

The new 60mph trial will start on four stretches of road:

Limits will be in place for at least 12 to 15 months and Highways England says they could remain longer if results are positive. The 60mph limits could also be introduced to other areas of poor air quality if successful.

Drivers who ignore the new limits face a minimum fine of £100 and three penalty points.

The government hopes that by targeting nitrogen dioxide emissions from cars, air quality could be quickly improved across the UK. It estimates a possible 17% drop in air pollutants as a result of slowing traffic.

Head of Environment at Highways England, Ivan Le Fevre, said: “Ultimately the air quality challenge will be solved ‘at the tailpipe’ by vehicle manufacturers and changes in vehicle use.

“Until this happens, we will continue our programme of research and solutions.”

Have you heard about the speed-limiters being introduced to new cars?  Find out more on the 1st CENTRAL blog.