Nation’s favourite Ford on film to be named 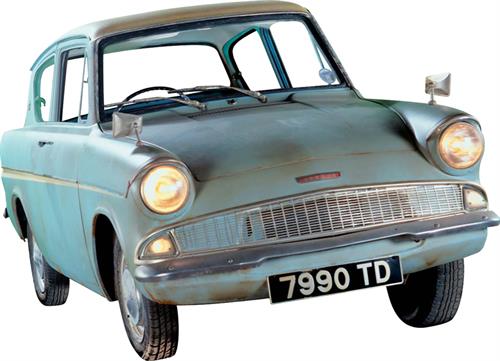 Ford cars have long been stars of screens both big and small.

Whether it’s Danny’s 1948 Ford De Luxe, better known as Greased Lightning, from the film Grease, the tyre-screeching Consul 3000GT from The Sweeney or the beloved flying Anglia from Harry Potter, Fords have delighted film and car fans alike.

But which of these iconic cars is Britain’s favourite?

Ford fans are being asked to vote for their most-loved film star car ahead of FordFest, one of the highlights in the car show calendar.

Some 13 famous Blue Oval cars that have appeared on film and television will go head to head in a race to be crowned the country’s most cherished on-screen vehicle.

The results will be released in time for FordFest, which takes place at Santa Pod in Northamptonshire on 18th September.

The car show is one of the largest of its type in the country and is expected to attract more than 1,700 classic and modern Fords.

The quarter-mile strip at Santa Pod gives car owners the opportunity to test their vehicle’s performance in the ‘Run What Ya Brung’ event. Drivers must accelerate from a standing start and cover the quarter mile in the shortest possible time.

The drag strip will also play host to Fireforce 3, Santa Pod’s very own Jet Car, capable of a sub-six second quarter mile and speeds in excess of 300mph.

Other highlights include the chance to ride Drift trikes, a Show and Shine sponsored by AutoPerfekt, entrance photography by Photography UK and stands from leading Ford magazines, Fast Ford and Classic Ford.

Fans of Fords and films can vote for their favourite ahead of FordFest here.