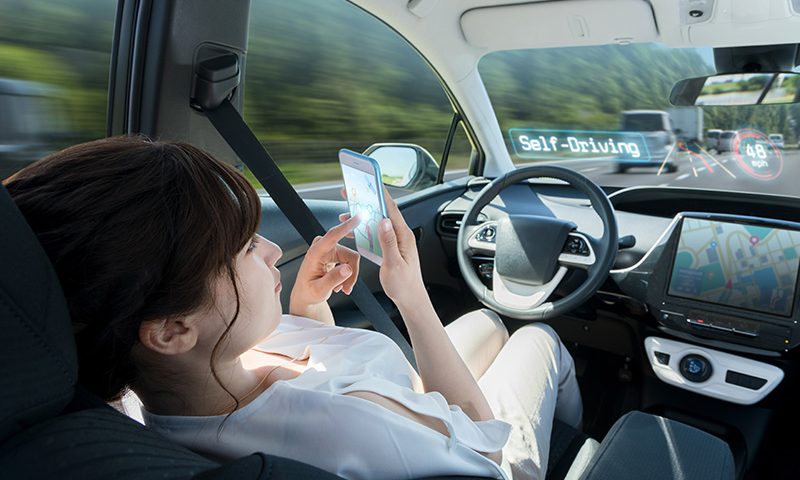 The future of motoring’s pretty exciting, isn’t it? Soon you could have a fully driverless car to sit back and relax in while it takes you and the kids on the school run.

But have you thought about the impact autonomous cars may have on your own skills behind the wheel?

According to a major new study, having a driverless car might actually make you a worse driver – and could put you at risk when you have to take back control of the car.

Unprepared to take back control

In the study by scientists at the University of Nottingham, 49 drivers of all ages drove a driverless car simulator for 30 minutes every day for five days.

After 20 minutes, the simulator switched back from automated driving to manual, with the participant given 60 seconds to prepare to drive.

Researchers found the driving ability of motorists in the first 10 seconds after they took back control was poor, with drivers swerving across lanes and varying their speed.

Another problem was drivers’ general lack of preparedness to take back control in an emergency, with many still using their phones, doing their make-up or even sleeping when called into action.

Study authors say a major concern is drivers’ lack of perception and comprehension when not required to actively monitor and make decisions about driving.

They added: “Drivers also appeared to become somewhat lackadaisical in their approach to grasping the steering wheel as the week progressed – choosing to do so later on Friday and in some cases after manual control had been handed back.”

Vast improvements needed before they hit the road

RAC Foundation Director, Steve Gooding, says that when fully-automated vehicles are allowed on the roads, their designers will have to make it as easy as possible for humans to retake control.

He said: “The very real likelihood that, at best, those drivers will need plenty of warning to set down their papers or close their laptop computer and, at worst, still more time to wake from slumber.

“Retaking control of a speeding car is a dangerous task, and the idea of the human driver being available to take over in an emergency looks to be fraught with difficulty.”

How long until driverless cars hit the road?

Driverless cars were handed a boost earlier this year when UK ministers announced plans to move forward on advanced trials for automated vehicles.

We could be seeing fully driverless cars on UK roads as early as 2021.

The Department for Transport described its announcement as a “major boost” to the UK’s market for connected and automated vehicles, which it estimates will be worth £52 billion ($67 billion) by 2035.