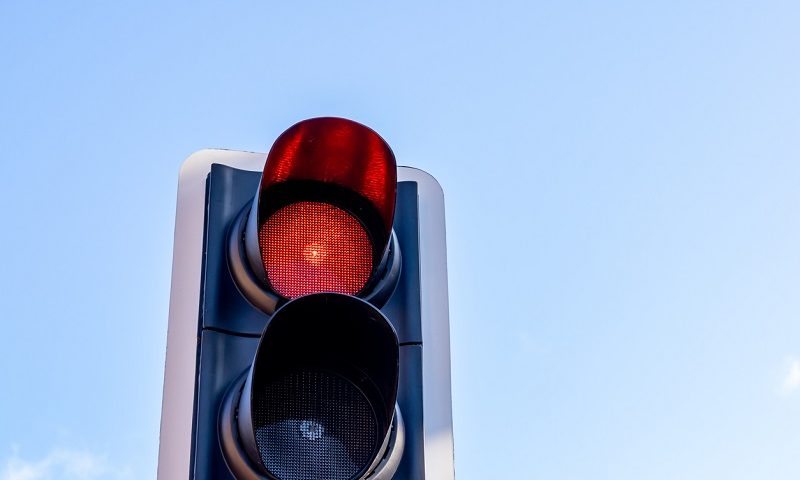 Sick of getting stuck at red lights? It seems new smart traffic lights could be the answer to all your problems – that’s if you’re a fan of smart tech.

Not only can they help you beat the light change, but they’re good for the environment too…

The lights – known as Green Light Optimal Speed Advisory – communicate with a dashboard-mounted display. This then shows the exact speed needed to get safely through the green lights.

If you do still find yourself impatiently held up at red, the technology also allows the display to show how long it will be until you can get going again.

The smart lights can communicate this information to cars equipped with the required technology from a distance of up to around two-thirds of a mile.

Most notably, they’re capable of reducing vehicle emissions by a quarter, tests by Highways England and infrastructure consultants Amey revealed.

Thanks to fewer unnecessary stops and less need for vehicles to rev their engines from stationary, CO2 and NOx output levels lowered by up to 27% and 17% respectively.

The lights have previously been tested on the A2 and M2 in southeast England and on the A45 Coventry Road from Birmingham.

The latest trial spanned four months and cost £825,000. It involved smart lights being tested on the A627(M) and the M66 in Greater Manchester.

Tests involved both a van and a heavy goods vehicle (HGV), which made around 400 trips in total to assess and compare emissions both with and without the smart technology.

The HGV had the largest emissions reductions, the researchers reported, as these vehicles are known to produce more air pollution to begin with.

When can we expect them on our roads?

Highways England’s director of innovation Paul Doney told The Times: “Though we have still some work to do to qualify the initial data, we are very excited at the early results.

“By using connected technology to optimise a vehicle’s speed at junctions, it’s an opportunity to not only reduce pollutants, including carbon emissions, but to give a better experience to customers as well.”

He added Highways England will be further analysing the trial data before considering whether to roll out the smart lights for widespread use.

In the meantime, ensure your journeys run as smoothly as possible with our 5 ways to conquer stressful driving.