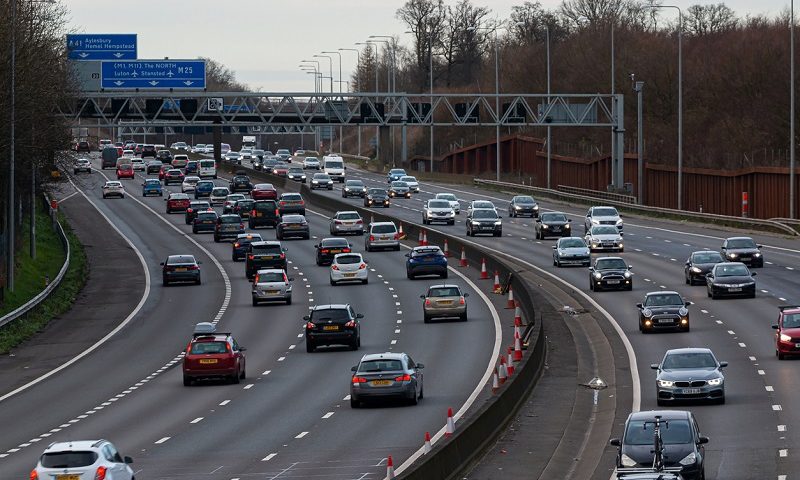 They’re the subject of much controversy… but now the rollout of all-lane-running smart motorways is being put on hold amid safety concerns.

The planned expansion of motorways where the hard shoulder is used as a permanent live traffic lane will be suspended until five years’ worth of safety data has been collated, the Government says.

The announcement follows a report by the Commons Transport Select Committee that said there wasn’t enough safety information available to justify continuing with new projects.

Smart motorways manage the flow of traffic in a variety of ways, including operating variable speed limits and using the hard shoulder as a live running lane. They’re seen as a more cost-effective and convenient alternative to widening carriageways to increase capacity on the roads.

But since they were introduced in England in 2014, there have been widespread concerns about fatal accidents involving broken-down vehicles being hit from behind on sections with no hard shoulder.

Although there are no plans to reinstate the hard shoulder on existing all-lane-running smart motorways, the Department for Transport (DfT) has pledged £900 million to upgrade them. This includes installing an extra 150 emergency refuge areas over the next three years to aid drivers who get into difficulty.

Transport Secretary Grant Shapps said: “While our initial data shows that smart motorways are among the safest roads in the UK, it’s crucial that we go further to ensure people feel safer using them.

“Pausing schemes yet to start construction and making multimillion-pound improvements to existing schemes will give drivers confidence and provide the data we need to inform our next steps.”

However, you can expect to see work continuing on stretches that are already in development because construction is more than half completed, the Government said.

While the pause to new schemes has been broadly welcomed by safety campaigners, some say it doesn’t go far enough.

Claire Mercer, whose husband Jason died in a smart motorway collision near Sheffield in 2019, says she will press ahead with legal action aimed at making hard shoulders mandatory for all motorways.

Meanwhile, Transport Select Committee member Karl McCartney, the Tory MP for Lincoln, said: “It is clear to everyone, bar the Government and National Highways it seems, that these so-called smart motorways are dangerous and all should be scrapped immediately.”