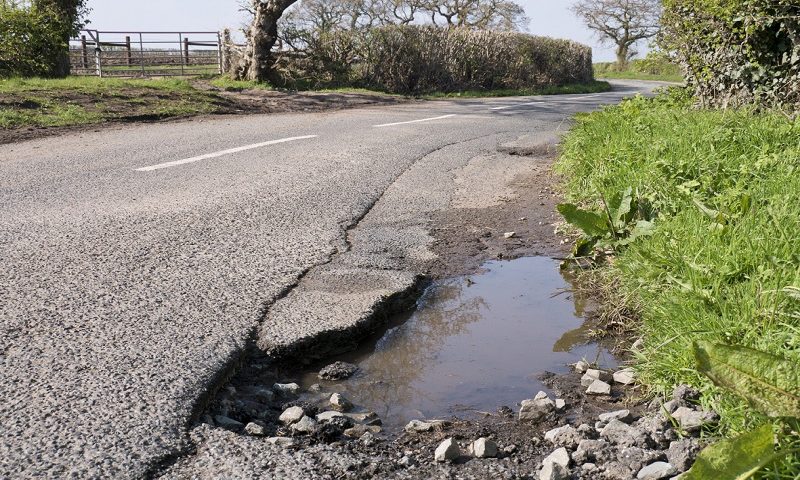 If you drive regularly, you’ll likely be only too familiar with the dreaded pothole. Aside from presenting a real danger for road users, hitting one could cause damage to your car, leading to costly repairs.

The extent of the problem has been laid bare in new research, which reveals some potholes are being left for up to four months without being fixed.

Last year the average time that potholes were left unrepaired was nearly three weeks, according to data by GoCompare and quoted by The Times.

Due to the backlog in works, some local councils were forced to delay repairs by up to 18 weeks.

The worse offending councils for the longest response times were Stoke-on-Trent with an average of 126 days, followed by Cornwall and Southampton with 99 and 90 days respectively.

Last Friday, the government announced the second payment from the £2.5bn road repair fund was being made available to councils. It claimed the latest £500m boost would be adequate to repair 10 million potholes.

Transport Minister Baroness Vere said: “We know potholes are more than just a nuisance – they can be dangerous to drivers and cyclists alike, and cause damage to thousands of vehicles every year.

“The funding allocated today will help councils ensure roads in their area are kept up to standard, and that the potholes that blight road users can be dealt with promptly.”

The South West and South East of England are set to receive most of the £500m fund with allocations of £90,031,000 and £82,693,000. Past research has suggested London has been allocated a disproportionately large proportion of road maintenance funding.

The Asphalt Industry Alliance has criticised the funding, which it says isn’t enough to fix the UK’s growing pothole problem.

It suggests the actual figure needed to fix the country’s 43,000 miles of road classed as being in “poor structural condition,” is more than four times the budget allocated by the Chancellor of the Exchequer – around £11.14bn. That total has increased by more than £1.8bn in a year.

How do potholes develop?

The bad weather conditions in recent weeks has further aggravated the problem around potholes, which are caused when water enters cracks in the road. The water freezes and expands the surface, weakening it.

IAM Roadsmart’s annual Safety Culture Report, showed that drivers are now more concerned with the number of potholes on the roads than they are about drink-driving and texting at the wheel.

Whitehall has anticipated that £1.1bn will be made available to local councils for road repair in 2021, after all other funding has been calculated.

If you do hit a pothole, 1st CENTRAL breakdown cover can get you out of a tight spot.