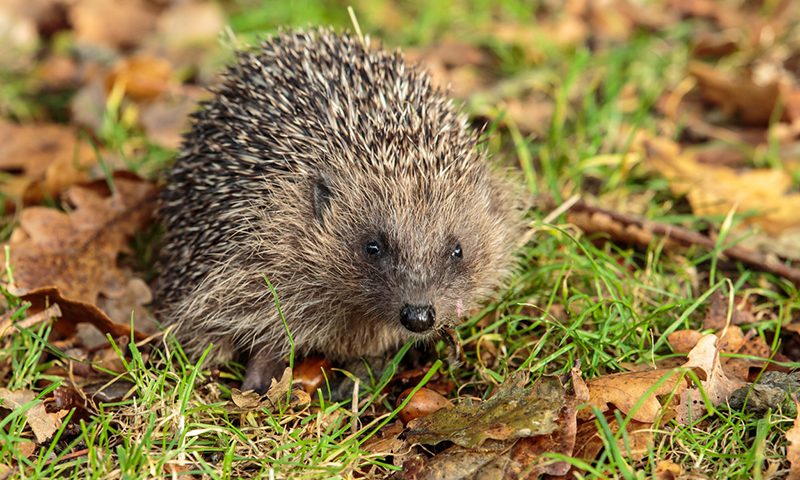 Well if animal crossing road signs are your thing, you’ll be pleased to know the Department for Transport (DfT) has announced a new hedgehog traffic sign will soon be appearing on our roads.

Transport Secretary, Chris Grayling, unveiled the new sign on Monday 17th June, in a bid to improve road safety by warning drivers to watch out for the spiky animals among other small creatures.

It’s thought the sign will be placed in areas where there are high populations of animals such as hedgehogs, badgers and weasels. 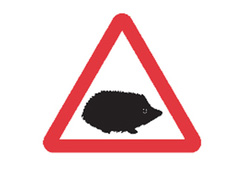 In revealing the new sign, the DfT said it would be “filling a gap” in existing road signage, between warnings about migrating toads and wildfowl and larger animals like deer, sheep and cattle.

According to DfT figures, 100 people were killed and a further 14,173 injured in collisions which occurred when an animal other than a horse was in the road.

Mr Grayling said: “The new small mammal warning sign should help to reduce the number of people killed and injured, as well as helping our precious small wild mammal population to flourish.

“We have some of the safest roads in the world but we are always looking at how we can make them safer. Motorcyclists and other vulnerable road users are particularly at risk.”

Beware of the hedgehog

The hedgehog signs, while distinctive, are not intended to warn drivers just of our prickly friends, but are also designed to signify the possible presence of all types of small wild mammals, such as squirrels, otters and badgers.

Hedgehogs have been singled out for special treatment partly because their numbers have halved in the last two decades, and now stand at just a million or so animals.

The DfT’s announcement comes after recent estimates put the hedgehog population in Britain at around 1 million, down from 30 million in the late 1950s.

Animal welfare campaigners welcomed the new signs as an important measure to help protect the UK’s wildlife from the dangers of motor traffic.

Jill Nelson, CEO at People’s Trust for Endangered Species (PTES), said: “At PTES roadkill has long been a concern … We welcome this focus on road safety and protection for all small mammals.

She added: “We have also joined forces with the British Hedgehog Preservation Society to deliver the Hedgehog Street campaign, meeting with Mr Grayling to express our concerns for hedgehogs on roads and elsewhere.”

Transport Secretary, Chris Grayling, commented “We have some of the safest roads in the world but we are always looking at how we can make them safer. Motorcyclists and other vulnerable road users are particularly at risk.

The new small mammal warning sign should help to reduce the number of people killed and injured, as well as helping our precious small wild mammal population to flourish.

The Transport Secretary is also meeting with road safety experts today, including Brake, the AA and the RAC Foundation, together with animal protection groups including the Wildlife Trust, to discuss the scale of the problem.

While the UK’s road signs may be being updated to reflect our smaller wildlife population, driving laws still only require motorists to report hitting dogs, horses, cattle, pigs, goats, sheep, donkeys and mules.

No action must be taken if a driver runs over a cat, or other smaller animal, and performing an emergency stop for a small animal may not be considered reasonable if the action results in an accident with other road users.

With road signs high on the agenda at the moment we did a spot of research which revealed some staggering facts about the British public and their perceptions of road signs.

In fact over 60% of drivers in the UK have had a near miss or know someone who has due to misinterpreting a road sign.

Find out more about road signs in the UK here.