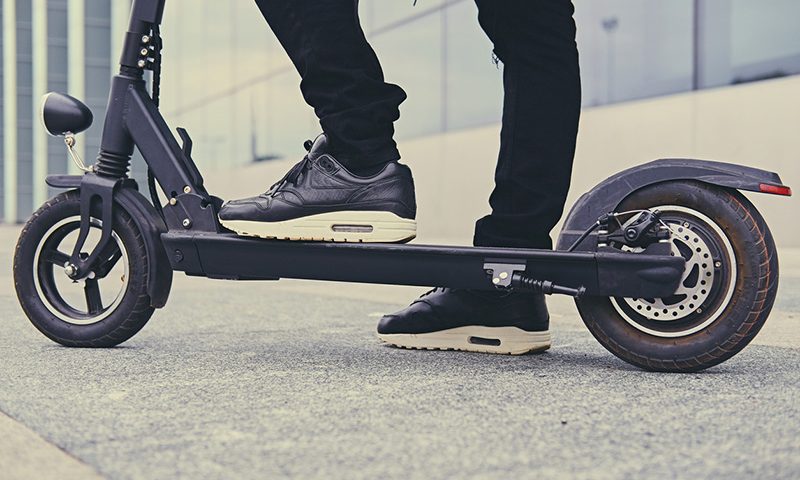 E-scooters are currently illegal on UK roads and pavements, but that didn’t stop this rider going for a drunken ride…

Dmitry Gromov, 28, now has the infamous tag of being the first driver to receive a drink-drive conviction on an e-scooter, after riding through Central London.

Gromov was one-and-a-half-times over the legal alcohol limit when he crashed into a moped, injuring both the driver and pillion passenger.

Westminster Magistrates Court heard the rider had 134mg of alcohol in 100ml of blood. The legal limit is 80mg.

Gromov pleaded guilty to the charges of drink-driving and careless driving, receiving a 16-month driving ban for all vehicles.

He was also told to pay £3,367 in compensation to the two people injured.

Special Constable William Hamilton of City London Police said: “Not only did Gromov take the risk of riding an illegal vehicle on the road, he also put himself and others in danger by doing so under the influence of alcohol.

“Gromov will now be disqualified from driving and has had to pay a hefty fine for his carelessness. However, the consequences could have been much worse.”

City of London Police and the Met have been trying to curb the use of e-scooters in the city centre. Last summer, police reported catching nearly 100 people riding them in just one-week.

It is currently illegal to use e-scooters on public roads and pavements in the UK, with riders facing a £300 fine and six penalty points if caught.

Youtuber and TV star Emily Hartridge, became the first person in the UK to die in an e-scooter crash, after colliding with a lorry in Battersea last July.

Don’t know your limits? Have a read of our ultimate guide to drink-driving laws to help you stay safe and legal on the roads.