Legal loophole around in-car mobile use to close 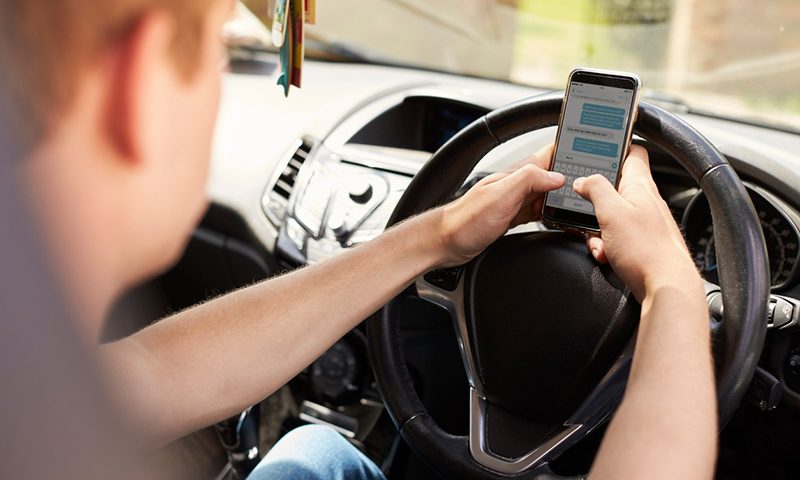 A loophole in the law that has enabled drivers to escape prosecution for using their mobile phones to take photos or videos on the road is to be closed.

The Government has announced a change in the law to prevent drivers from using handheld devices for any purpose, including taking photographs.

Earlier this year, the Government called for an urgent review of the mobile phone law, when Ramsey Barreto successfully appealed against prosecution for filming the scene of a crash while driving.

At present, UK drivers can only be prosecuted if using a handheld phone for ‘interactive communication’. This includes texting, calling or using the internet for social messaging purposes.

Tightening of current legislation will now see a blanket ban for mobile phone use while driving, making it illegal to use a handheld device for anything – from texting to scrolling through a music playlist or taking videos while behind the wheel.

Transport Secretary, Grant Shapps, said: “Drivers who use a handheld mobile phone are hindering their ability to spot hazards and react in time, putting people’s lives at risk.”

He continued: “This review will look to tighten up the existing law to bring it into the 21st century, preventing reckless driving and reduce accidents on our roads.”

In 2018, mobiles phones were the cause of 29 deaths and 118 series injuries on British roads.

The Commons’ Transport Select Committee, which pushed for the new mobile phone restrictions, has also recommended a ban on the use of hands-free devices. However, the Department for Transport (DfT) says there are no plans to introduce a hands-free ban at this time.

Labour MP Lilian Greenwood, has called the announcement “great news” but warns that “the risk from hands-free devices is just as real”.

She added: “While we’re pleased that ministers will prioritise work on handheld mobiles, this issue still needs to be addressed.”

Motorists caught using handheld devices while driving face a £200 fine and six points on their licence under existing legislation.