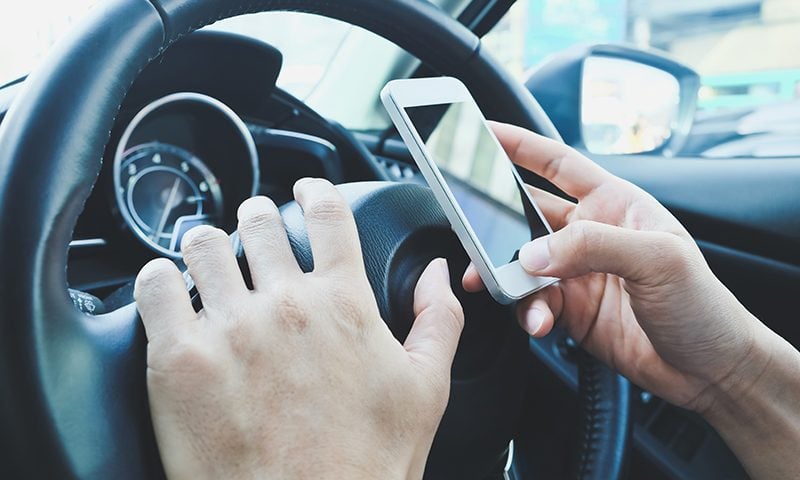 As of today, penalties for drivers caught using their mobile phones while driving have doubled.

The new penalties mean drivers will receive six points and a £200 fine instead. It’s hoped that faced with this increased penalty, drivers will be less likely to drive while distracted, keeping the roads safer for us all.

Support from motoring bodies
This change has been met with a generally positive response from most motoring bodies, who feel more had to be done to tackle the problem of mobile phone usage at the wheel.

GEM Motoring Assist, a road safety organisation, is pleased to see the change, and believes these new punishments are more suited to the offence.

Road Safety Officer Neil Worth explains how concentration needs to remain on the road: “There’s serious risk in the physical distraction of holding a phone while driving. But there’s also the risk of the mental distraction every driver faces when trying to do something else other than drive.

“We all have 100% concentration available at any one time; anyone deliberately allowing some of that concentration to be directed at something other than the driving task is comprising safety.”

The mobile crackdown continues
Recently, police have run two different crackdowns on mobile phone use behind the wheel; a week-long crackdown in January of this year, and a similar crackdown in November of 2016.

The results from November’s operation showed just how many people drive while distracted – a staggering 47 drivers were caught every hour using their mobile.

The number of drivers caught driving while distracted has increased dramatically over the past couple of years. A similar crackdown in May 2015 saw 2,690 penalty notices handed out to drivers. The November crackdown saw this increase to 7,966.

Get a car insurance quote from 1ST CENTRAL today.