What is insurance fraud? 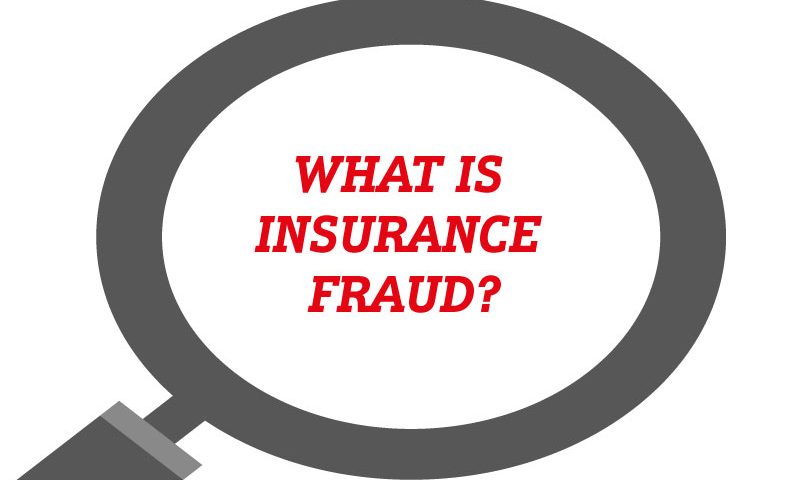 In 2017, over half a million insurance fraud cases were detected. These varied from making false statements on an application for cover to making a dishonest claim.

And whilst insurance fraud activities are detected every minute, for every one that’s detected there’s at least one more that isn’t.

With fraud having such a profound impact on our customers, we’re hoping to shed some light with a three-part fraud series to raise awareness of what fraud is in the hope it will help keep our customers safe from fraudsters.

What is insurance fraud?

There are different variants of insurance fraud, but it’s essentially when someone invents or exaggerates a claim, or doesn’t tell the truth to receive a benefit they’re not entitled to, such as cheaper insurance cover, larger claim payouts etc.

With car insurance being a grudge purchase, it’s no wonder people are looking for offers anywhere they can find them, but unfortunately, some are too good to be true.

Ghost brokers target drivers looking to get a good deal on their insurance by selling them fake or invalid cover.

They do this is by acting as an intermediary between the victim and the insurance company. Once the victim has transferred the money for their policy, the ghost broker will set up the policy only to cancel it at a later date and receive the refund, while the victim continues driving, unaware that they’re doing so without valid insurance.

So, although you might’ve paid for a policy, you’re technically driving uninsured.

It’s also highly unlikely you’ll recoup any expenses paid out on a policy that is sold through a ghost broker as these funds would likely be retained by your insurer due to money laundering concerns and regulations.

What happens if I purchased my policy through a ghost broker?

If you’re unfortunate enough to buy a policy through a ghost broker and are pulled over by the police, you could receive a fixed penalty of £300 and 6 penalty points for not having valid insurance. If that’s not bad enough, the police have the power to seize and destroy any uninsured vehicle too.

It can get worse though, as if your case ends up going to court, then you could also face disqualification from driving and an unlimited fine – all because you were looking for cheaper insurance. Now that’s an expensive mistake to make.

One of the most common types of fraud is application fraud. It’s estimated that over 4,000 fraudulent applications for insurance are made each week in the UK, and whilst for some people it’s a complete misunderstanding, for others, they do so with cheating the system in mind.

Fraudulent applicants frequently ‘forget’ to disclose material information or disclose incorrect information about previous claims, unspent convictions and the amount of years’ No Claims Discount you’ve racked up to get a cheaper insurance premium than if they’d applied using their correct details. In some cases, the applicant can obtain a policy that would have otherwise not been offered.

If you’re caught lying about any of the details on your policy, such as the number of years’ No Claims Discount you have, if you’ve had any previous claims, putting an experienced driver as the named driver on their child’s car (fronting), your insurance company has the power to cancel your insurance policy or declare it void from the day it started.

Not only could this leave you without car insurance, it can also leave a black mark on your record that’ll make it very difficult for you to get insurance in the future. While this might seem really harsh, often insurers will give you the chance to rectify your errors, although this will come at their discretion and isn’t free. There’s also the chance that any claims you’ve reported won’t be dealt with by your insurers, resulting in significant financial loss.

As if being in an accident wasn’t stressful enough, there are people out there who get into one deliberately for financial gain. Not only will a hefty claim be put in on your insurance, which will see your insurance premium increase, but your No Claims Discount could diminish, if not disappear.

Induced accidents are more commonly known as ‘crash for cash’ schemes, and it’s estimated that they cost the UK insurance market over £1 billion each year.

What happens if I’m a victim of an induced car accident?

It can often be difficult to tell if you’ve been a victim of an induced car accident, but the impact of one is still the same as if you were involved in a non-fraudulent accident, unless the fraudsters are caught.

The claim they will put through their insurers will likely be highly exaggerated with inflated expenses for injuries, possibly for more people than were actually in the car at the time of the accident, usually whiplash, as well as car repair and car hire expenses.

So in order to minimise the risk, make sure you take lots of pictures of the car and take note of how many people were in the car and what they looked like.

Whilst we’ll always fight the claim on your behalf, it can be difficult to prove that you were indeed the victim. Unfortunately, more often than not, you’ll end up paying the price; forfeiting your No Claims Discount, which means you end up paying a higher premium when you renew your insurance.

While many of you might not have heard of Google ad spoofing, it’s fast becoming a large issue for insurers. Claims companies are paying to create sponsored ads on search engines, such as Google, Bing and Yahoo, using targeted search terms such as ‘1ST CENTRAL Claims’ so that they appear first in the search results.

By doing so, it misleads the customers into believing that by clicking the link they’re being directed to the insurer, when in fact it’s an accident management company that is taking on their claim. To make matters more confusing, most of the links in the sponsored ads usually contain the insurer’s name to make them seem legit, which makes it more likely that the customer will trust it enough to call through to them.

If you’re oblivious to the fact you’ve clicked on a sponsored ad to register your claim with your insurer, you would likely go all the way through your claims journey without realising you’re being duped. Instead you would likely believe that the insurer is just offering a really bad level of service.

Insurers themselves are often unaware that the claim has been taken on by an accident management company until the customer calls in to find out what’s going on, noticing that a claim hasn’t been logged and they’ve never had any dealings with the customer’s claim, making it increasingly difficult for them to be able to do anything.

What happens if I’m a victim of Google ad spoofing?

These firms will usually charge customers a fee, which can be as must as 25% of the claim for using their service. With the average payout for car insurance customers being around £2,936, according to the Association of British Insurers, this means that by accidentally clicking on one of these sponsored ads, you could lose as much as £734 on your claim.

Getting the most money out of their victims is their plan, which is why they’ll often provide the victim with expensive hire cars while their car is being replaced. These hire cars can be charged almost double what you’d normally pay for a replacement car through your insurer. And this is made more expensive by the fact that they’ll often artificially lengthen the time it takes for repairs to be made in order to mount up the costs of the claim.

If the financial loss isn’t bad enough and the lengthy time it takes to settle the claim, these companies may also pass your personal details on to other ambulance chasers, meaning you’re plagued by dodgy calls.

It’s not just the initial victim trying to make a claim and the insurers who are falling victim to these companies, all drivers across the UK are too, as their tricks and charges are making claims more expensive, which has a direct impact on UK premiums.

Don’t let the fraudsters get away with it

If you suspect or have knowledge of any form of insurance fraud impacting you or 1ST CENTRAL, please tell us. Reports to our fraud team can be made in the strictest confidence and anonymously if necessary at stopfraud@1stcentral.co.uk.

You can also make reports to one of our partners – the Insurance Fraud Bureau (IFB), who manage Cheatline. This is a Freephone and online fraud reporting facility, where suspicions or knowledge of any type of fraud can be reported.

Want to find out more about insurance fraud? Take a look at our Fraud Spotlight series where we delve into who the real victim of insurance fraud is and how to protect yourself from falling victim to fraudsters.