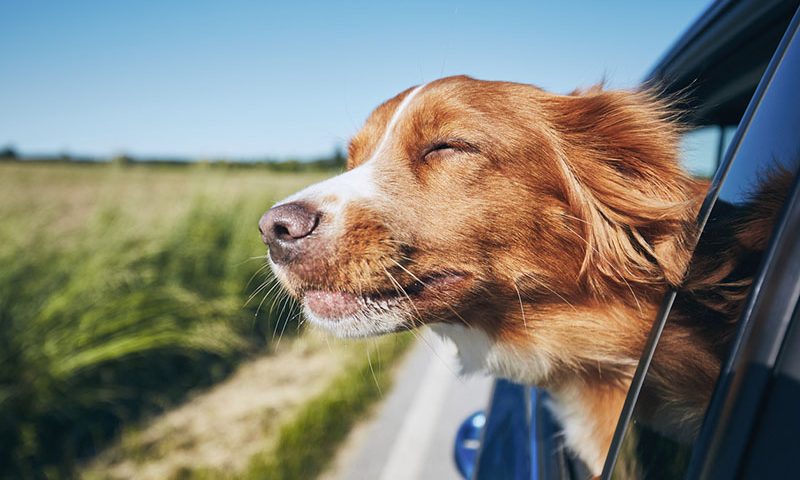 Like to take your canine pal along for the drive? According to new research, travelling with pets could have more benefits than just good company.

In a survey of 2,000 dog-owning driving licence holders, over half were found to take extra caution when travelling with their pet.

Seat UK suggests that driving with a dog on board could also help reduce road rage among British drivers.

According to statistics, 54% of dog owners with driving licences say they drive more carefully when travelling with a pet in the car.

DfT data suggest drivers in the 18–24 age group are most likely to be involved in a road incident1.

Yet, pets were found to be most effective in promoting caution among younger drivers, with 69% of 18–24-year-olds saying they take more care behind the wheel if they have their dog on board.

Canine passengers may also reduce road rage, with 35% of those surveyed saying their pet helped them feel less stressed behind the wheel.

Nigel Griggs, head of aftersales at Seat UK, said travelling with a pet on board is a ‘win win’ when it comes to road safety.

He said: “Everyone knows the British public is passionate about its dogs, however, this study confirms that having their best friend in the car can contribute to safer driving while also having a positive mental health benefit by reducing stress levels.”

While driving with pets has a number of positive influences, motorists still need to be aware of the laws surrounding pet travel.

Over a third of motorists admit they don’t know the rules about travelling with animals on board, while a fifth say they don’t restrain their dog in the car.

According to Rule 57 of the Highway Code2, pets should be secured by a seatbelt harness or pet carrier at all times when travelling.

The law states: ‘When in a vehicle, make sure dogs or other animals are suitably restrained so they cannot distract you while you are driving or injure you, or themselves if you stop quickly.’

Drivers who fail to secure their dogs not only risk the safety of their pet and other passengers in the event of a collision, but could also be fined up to £5,000 and receive nine points on their licence for driving without due care and attention.

Do you experience stress on the roads? Here are 5 useful ways to stay calm behind the wheel.