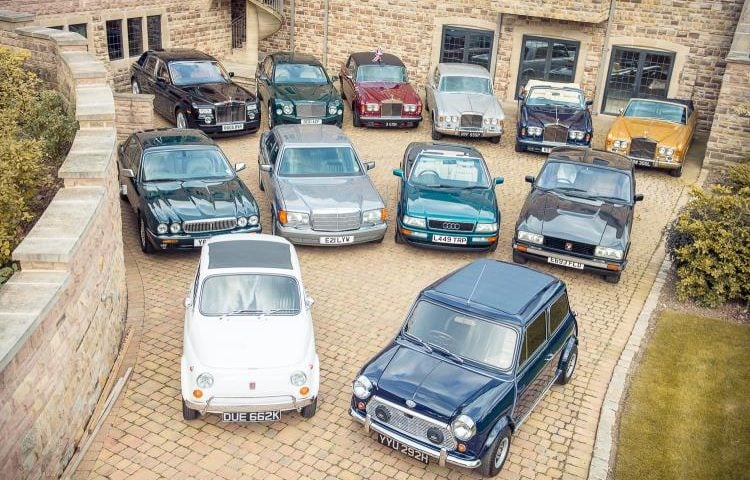 Fancy owning a car that once belonged to royalty?

If you’ve got a few grand going spare, you can get your hands on a car that once belonged to the Queen or Princess Diana.

Imagine sitting in the same seat the Queen has sat in every day!

An incredible private collection of 12 cars formerly owned by royalty, politicians and celebrities is set to go under the hammer.

Cars from the Jewels in the Crown collection will be up for sale at Silverstone Auctions at its Classic Motor Show Sale at the NEC in Birmingham on 12th and 13th November.

It also has subtle security features, including front and rear blue flashing lights, as well as reinforced tyres and armoured protection. So you’ll be pretty safe in there.

Princess Diana travelled around 4,000 miles in her beloved 1994 Audi Cabriolet and was occasionally photographed in the car with Princes William and Harry.

If you’ve got a spare £60,000 burning a hole in your pocket and you like parchment leather interiors and cream carpets, this car is for you.

A winner’s car
If you’re looking to buy something that screams pop royalty rather than just run-of-the-mill royalty, how about a car that was once owned by Will Young?

Or if you’re a Michael Winner fan, his 1976 Bentley T1 is being auctioned off too.

“We anticipate a huge amount of interest in these cars from across the globe. These cars have been wonderfully cared for over their lifetimes and we look forward to finding them new homes.”