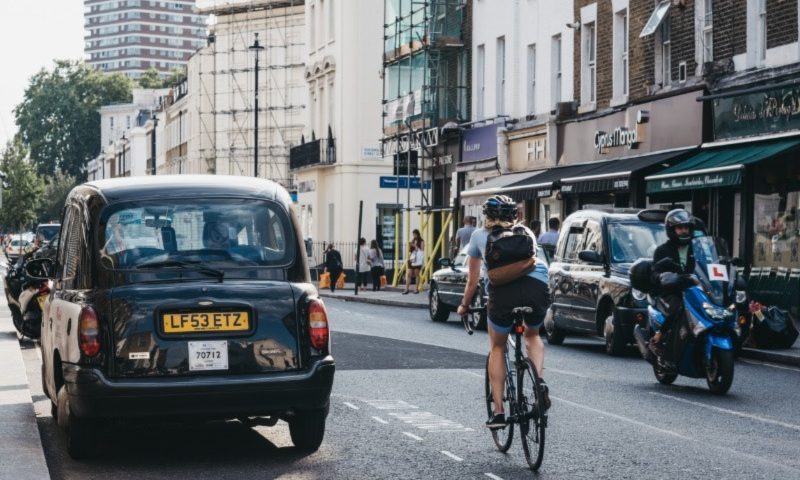 Could you be fined for passing a cyclist?

The Highway Code’s revamp for 2022 ruled in favour of cyclists and pedestrians, with drivers facing penalties of £100 for ‘careless driving’ behaviour.

The age-old story of driver versus cyclist turned a new page in 2022, with cyclists now having more power on the roads than ever before.

The new Highway Code was intended to create a safer travel experience for all road-users. This has been done by creating a new ‘road hierarchy’, placing pedestrians at the top, followed by cyclists and then by cars, who can cause the most damage in collision situations.

Under the new code, drivers are allowed to overtake cyclists but need to give them plenty of space while doing so, and can now be fined for passing too close.

If motorists don’t obey this rule, they are guilty of ‘careless driving’ and will be liable for 6 penalty points and a fine of £100 under section 3 of the Road Traffic Act 1988.

If taken to court, drivers can receive up to 9 penalty points of between 15 and 50% of their weekly income, or even a discretionary disqualification from driving.

Only in some cases will the motorist be offered a driver improvement course instead of a fixed penalty or court prosecution.

What else does the Highway Code state?

According to the code, drivers must not cut across cyclists who are planning to travel ahead, when turning in or out of a junction or changing direction or lane.

Cyclists must be given priority in roundabouts, and drivers are not to overtake or crowd them as they pass through. Cyclists also have the right of way to move across drivers’ paths in roundabouts.

Cyclists are now allowed to ride in the middle of the lane on quieter roads and in slower-moving traffic. Rule 72 of the Highway Code says: “Ride in the centre of your lane, to make yourself as clearly visible as possible, in the following situations:

“On quiet roads or streets – if a faster vehicle comes up behind you, move to the left to enable them to overtake, if you can do so safely.

“In slower-moving traffic – when the traffic around you starts to flow more freely move over to the left if you can do so safely so that faster vehicles behind you can overtake.

“At the approach to junctions or road narrowing where it would be unsafe for drivers to overtake you.”

Are you complying with the latest laws of the road? 20% of motorists were unaware of the recent changes to the Highway Code.